Fain speaks out against Beckham stadium at PortMiami 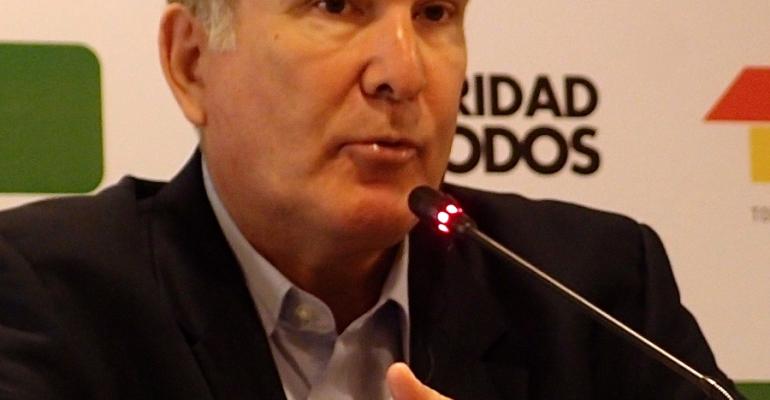 Richard Fain warned that a soccer stadium at PortMiami is 'ill-considered' and may hurt the port's core cruise and cargo businesses.

In his first public comments about David Beckham's proposal to build a stadium beside Royal Caribbean headquarters, the cruise chief told the Miami Herald editorial board the port's contribution to the economy gets 'lip service' but not everybody appreciates its importance and vulnerability.

The Herald cited a letter Fain sent to employees that denies the Beckham camp's contention that Royal Caribbean has a hidden agenda to develop the port property itself. Fain told the paper his company doesn't have anything in mind.

The Royal Caribbean offices are adjacent to acreage that is proposed for revenue-generating development under PortMiami's 2035 Master Plan. Possible uses include a world trade center, hotel, rental apartments, offices, shops, restaurants and cafes, all fronting a yacht marina.

This corner of the port, which faces downtown Miami, is too shallow for ship operations.

Unveiled three years ago, a key feature of the 2035 Master Plan is diversifying the port's revenue stream to help pay for future cruise berth expansion and other needs. According to the plan, over decades, about one-third of revenue would come from non-user fees, making the facility more competitive for cruise lines and cargo operators.

Former football star David Beckham proposed bringing a soccer franchise to Miami and set his sights on the port as the ideal stadium location.

The Miami Herald, which is closely following the issue, reported Fain had turned down previous interview requests and spoke for the first time to its editorial board.