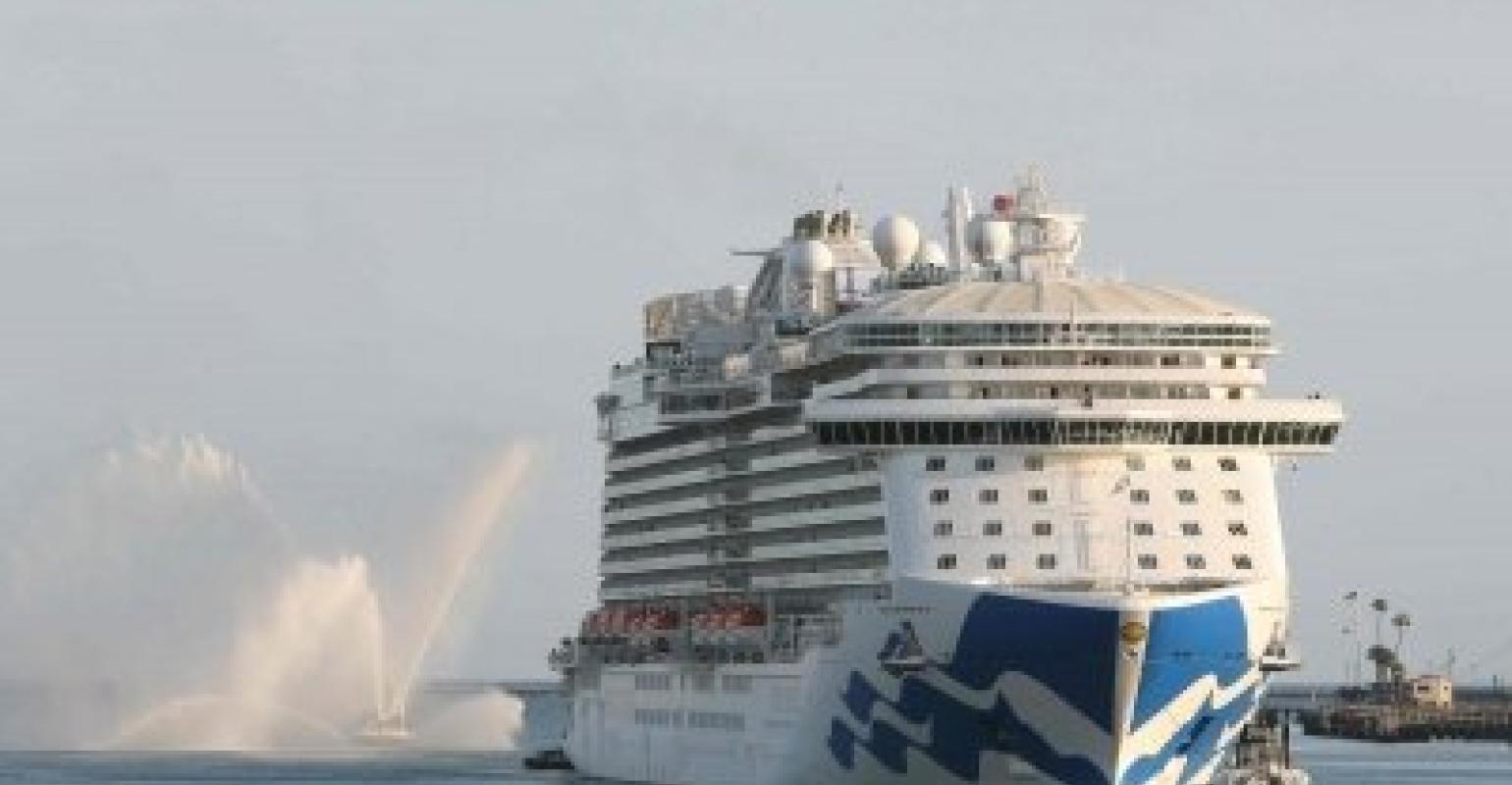 Ushering in Princess Cruises' biggest US West Coast season, Royal Princess arrived to fanfare at the Port of Los Angeles on Saturday. The ship will be sailing to the Mexican Riviera, along the California coast and in Alaska.

Princess has the longest history of any cruise line to sail from the Port of Los Angeles, including its run on the hit television series 'The Love Boat.'

To mark the ship’s maiden call and the start of its West Coast season, the University of Southern California Trojan Marching Band, under the direction of Arthur C. Bartner, provided pageantry and fanfare from a location on board Battleship Iowa. As Royal Princess departed and sounded its 'Love Boat' harmony-tuned horn, the USC Marching Band played back the theme song.

Passengers and onlookers were treated to a fireworks display that sent the ship off on its first seven-day Mexican Riviera cruise, the same itinerary made famous by Princess and 'The Love Boat.'

Royal Princess is among the small but growing number of MedallionClass ships that provide a wearable device, OceanMedallion, to expedite embarkation, automatically open stateroom doors and help personalize service on board.

Royal Princess first debuted in Southampton in June 2013, where it was named Her Royal Highness, Catherine, the duchess of Cambridge. The original Royal Princess (1984) was named by Princess Diana.