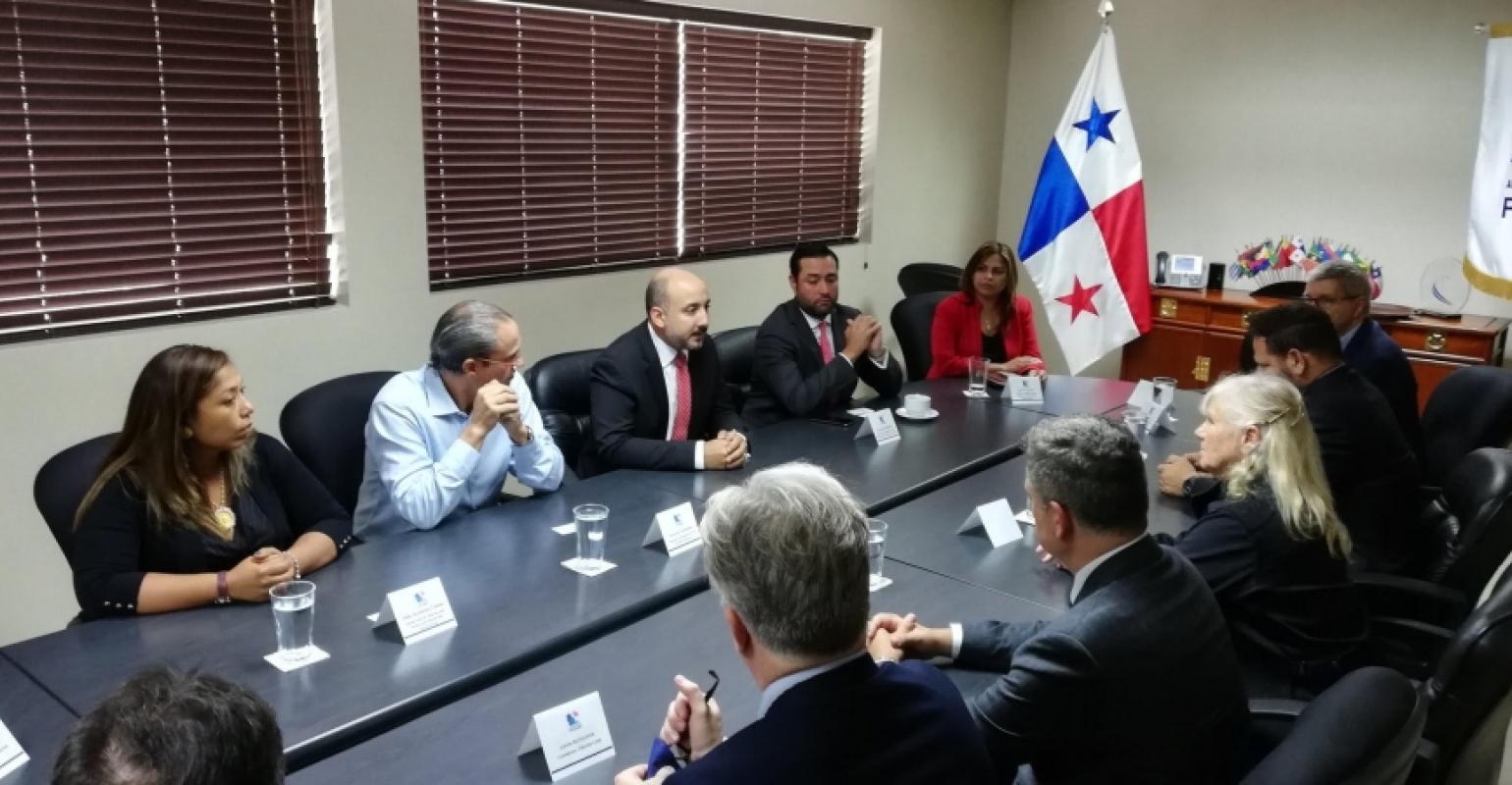 The FCCA delegation learned about Panama's aspiration to develop homeporting on the Pacific side of the country PHOTO: Panama Maritime Authority

Representatives of the Florida-Caribbean Cruise Association were in Panama Thursday to learn about the new Panama Cruise Terminal, whose construction is well under way on the Pacific side of the country.

In its $165m first phase, the Panama Cruise Terminal will have the capacity to simultaneously handle two large cruise ships with a total of 10,000 passengers. The first ship calls are expected before year's end.

Future phases could add up to three more berths.

Panama aims to develop a homeporting business on the Pacific, and is working with the government of Chile to promote and develop a new South Pacific route that would also touch Ecuador and Peru. Other Central America, Mexico and Caribbean itineraries are in development, too.

Barakat highlighted the importance that homeporting will have for Panama's economy.

Paige congratulated the Panamanian authority for its initiative, and offered the FCCA's support and feedback on the Panama Cruise Terminal development.