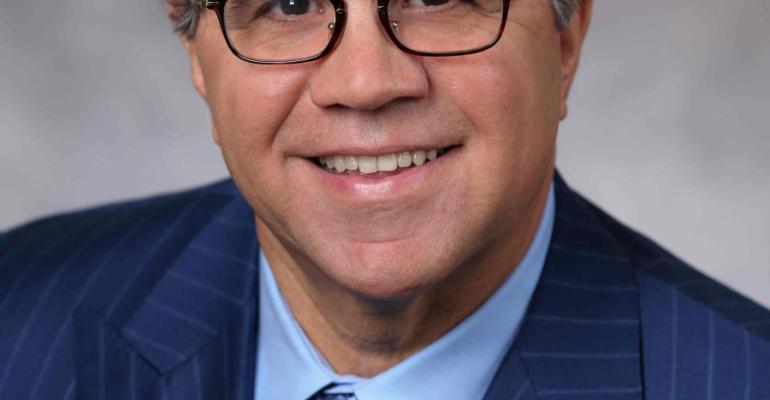 From nudging up beverage prices and instituting a room service delivery charge to a 'market to fill' versus 'discount to fill' policy, ceo Frank Del Rio outlined a bundle of strategies to drive earnings growth at Norwegian Cruise Line Holdings. He calls it 'FDR's New Deal.'

It's a play on Franklin Delano Roosevelt's New Deal, a multifaceted program that helped lift the US out of the Great Depression.

While Norwegian Cruise Line, Oceania Cruises and Regent Seven Seas Cruises are far from distressed and were 'well down the road to success before the [Prestige Cruises] acquisition,' Del Rio is pressing his team to come up with best practices that will form a 'new playbook' for the company.

Many of the 'New Deal' components mentioned during Thursday's earnings call were aired earlier at the company's investor conference and Q4 call but some have now been implemented and others are to come.

Del Rio said there had been zero complaints and no decline in consumption when Norwegian Cruise Line's beverage prices edged up an average 6.7%. A Pepsi, for example, went to $2.25 from $2.10.

The new $7.95 fleetwide NCL room service delivery fee sparked chatter on the cruise comment boards but Del Rio said tests of two price levels on a pair of ships before the implementation didn't raise complaints. The room service menu was improved so there has been 'give and take.'

So far, it has panned out, Del Rio told analysts, to 'recognize the power of the captive audience that you have, without going too far.'

More important, though, with six additional ships coming on line for the NCL, Oceania and Regent brands through 2019, is increasing demand to drive higher yield.

Already the company has 39% more revenue on the books for 2016 than at the same time last year for 2015, on a pro forma basis, Del Rio said. He reported Norwegian Escape is currently 10 times better sold than Norwegian Getaway was at the same time prior to delivery.

NCL has been incorporating elements of Prestige Cruises' 'market to fill' strategy and focusing on 'value-packed, rational pricing early in the sales cycle.' Del Rio cited how the 'Freestyle Choice' promotion of value-added offers has been well received.

The company has also beefed up its sales force to give NCL more coverage in the under-penetrated Canada and California markets, while consolidating its UK, Germany and Brazil offices for the three brands, and moving away from 'costly GSAs.'

With NCLH having identified a higher than expected level of integration synergies in 2015—$75m versus the $40m forecast—and an incremental $115m in 2016, the company will reinvest $20m this year and $40m next in the brands.

'These reinvestments are crucial if we are to ensure our cruise guests return and to lure a slightly more lucrative guest to NCL,' Del Rio said.

The money will go into sales, marketing and improving the on-board product. All the product money will be for NCL where, Del Rio said, the product is 'already very good but we want to make it the best it can be.'

The company has not factored this into its 2015 or 2106 guidance but of course NCLH hopes the reinvestments will lead to higher per diems.

And the fact that booked load factor is much higher than before suggests prices will go up in 2016.

Del Rio told analysts he's more confident today than three months ago that NCLH will be able to double its earnings to $5 per share by 2017.

Following the call NCLH shares had surged nearly 8% and were trading around $52.59 early Thursday afternoon.