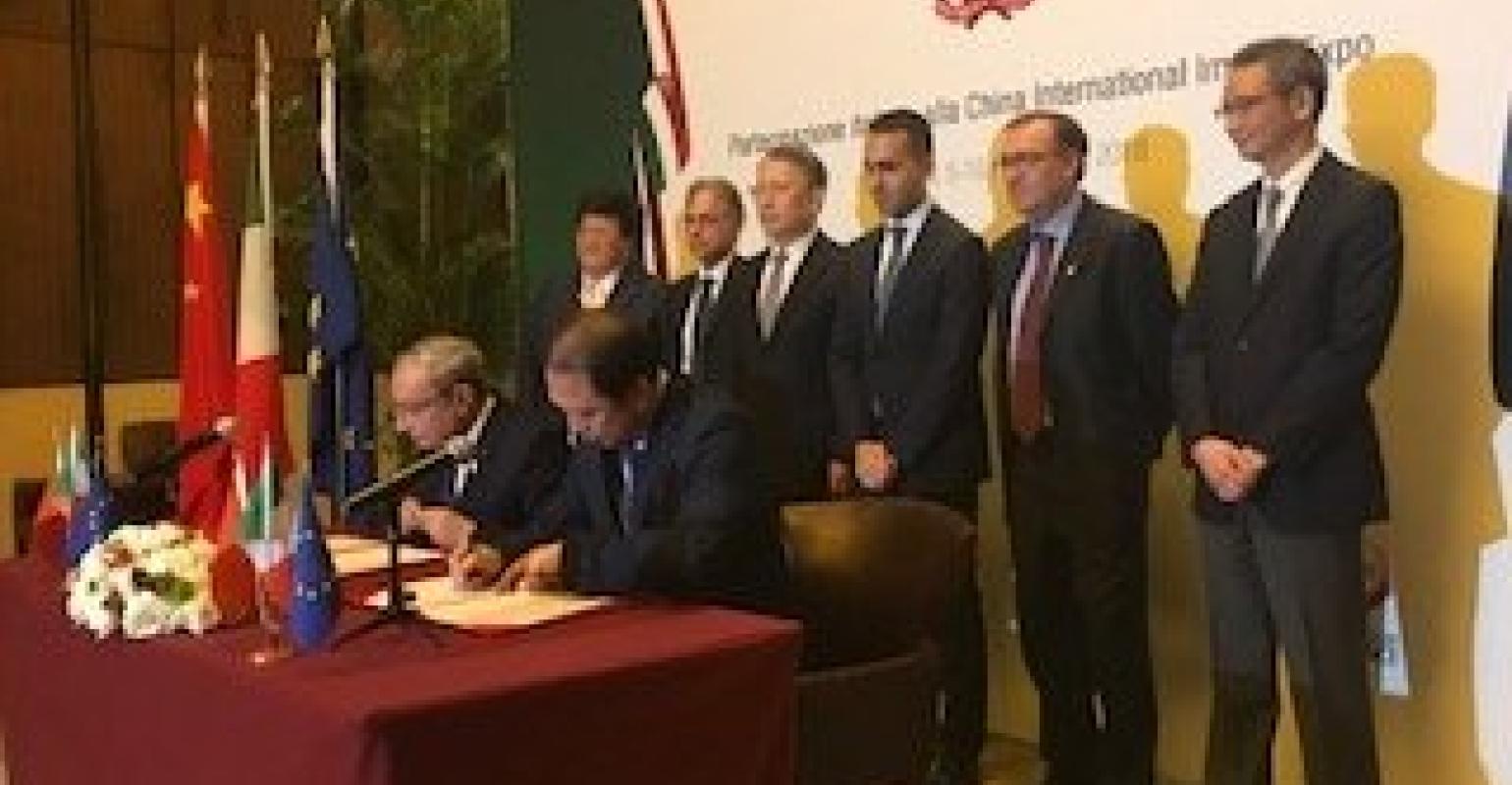 The cruise hub contract signed in the presence of Italy’s deputy prime minister, the chairman of Cassa depositi e prestiti, Fincantieri’s ceo and the district mayor of Baoshan
Fincantieri and Shanghai’s Boashan district government have signed an agreement to create a hub dedicated to the development of cruise shipbuilding, as well as the broader maritime sector.

The contract was firmed today in the presence of Italy’s deputy prime minister and minister of economic development and labor Luigi Di Maio and the chairman of Cassa depositi e prestiti Massimo Tononi, as well as Fincantieri’s ceo Giuseppe Bono and the district mayor of Baoshan, Fan Shaojun.

Two cruise ships made in China for the local market

The hub will act as an industrial supplier basin for the construction of two 133,500gt ships at Shanghai Waigaoqiao Shipbuilding Co,as part of the agreement between Fincantieri, China State Shipbuilding Corporation (CSSC) and Carnival Corporation & plc announced in February 2017 to build the first ever cruise ships made in China for the local market.

The first delivery is expected in 2023.

Baoshan district, China’s largest cruise port and holders of Free Trade Zone status, will provide financing, tax, commercial and administrative benefits, as well as land for necessary development and other resources, to foreign suppliers introduced by the partners.

Fincantieri is supporting the Boashan district in defining preferential policies to attract suppliers and will promote the hub park to its network and in the wider industry, for those companies which want to access the opportunities provided by the cruise shipbuilding project.

In August, Fincantieri and CSSC signed a memorandum of understanding for the extension of the industrial cooperation already existing between the two groups to cover not just cruising but all sectors of merchant shipbuilding.