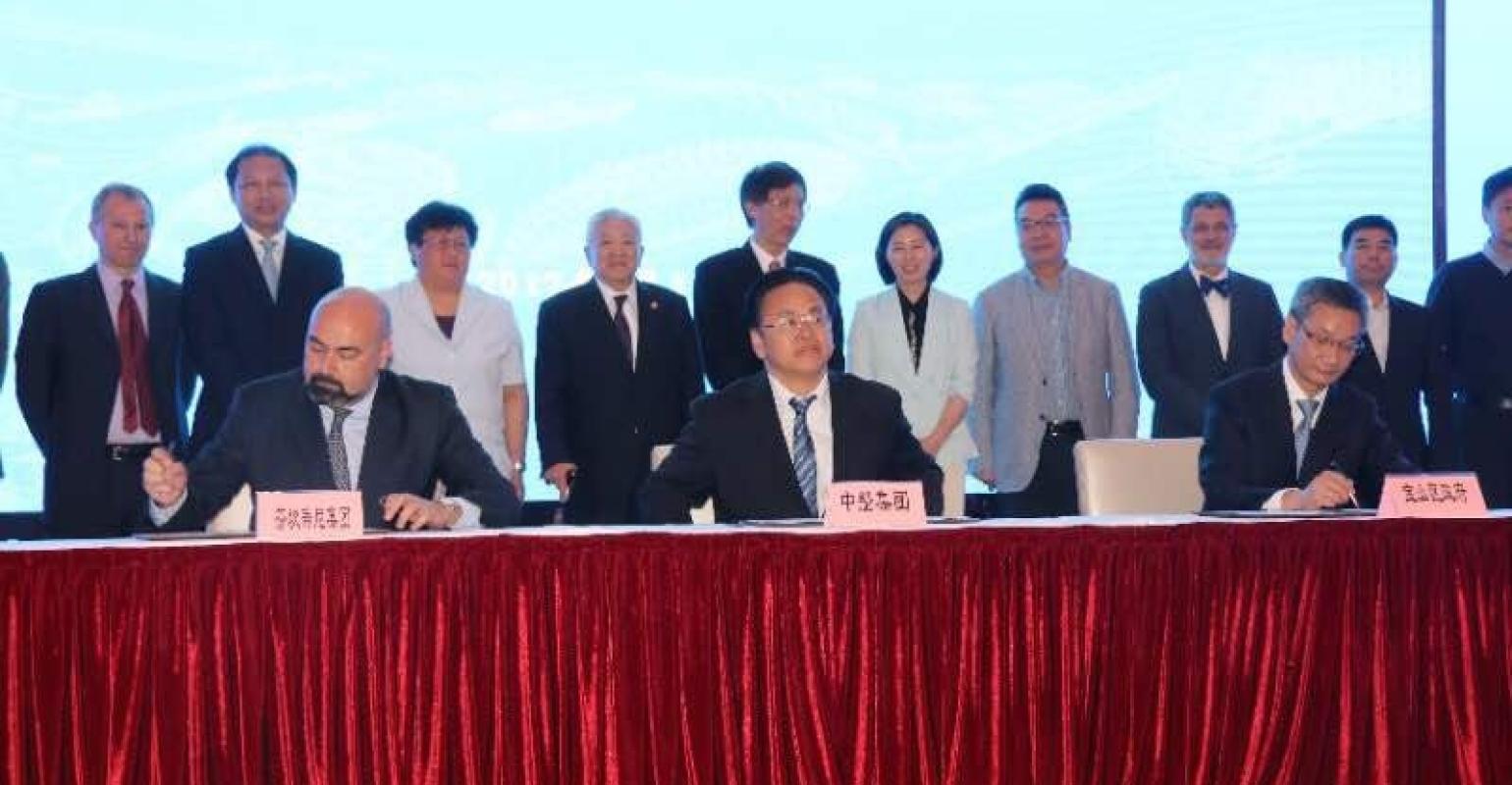 The signing took place in Baoshan between Fabrizio Ferri, ceo of Fincantieri China, Chen Qi, vp of CSSC, and Su Ping, district vice director, during a workshop focusing on the 'One Belt, One Road' initiative.

It follows a meeting held in February in Beijing in the presence of the Italian President, Sergio Mattarella, and the Chinese President, Xi Jinping. On that occasion Fincantieri ceo, Giuseppe Bono, signed a binding agreement with CSSC and Carnival Corporation, for the construction of two 133,500gt ships at Shanghai Waigaoqiao Shipbuilding Co, with an option for additional four, the first to be built in China for the Chinese market. The first delivery is expected in 2023.

According to the MOU signed today, the three parties, whenever it is technically and economically feasible, will engage for the creation of a hub, mainly dedicated to cruise activities, as well as shipbuilding and maritime.

The district's administration has ambitions to transform from a cruise port into a 'cruise city', with tourism development high on its agenda.

The district will provide financing, taxation, commercial and administrative benefits, as well as land for development and other resources, for foreign companies introduced by the partners and looking to establish a presence in the park.

Both Fincantieri and CSSC will promote the cruise ship industrial park to their supply chain networks, and the maritime industry as a whole, to companies looking to access opportunities to work on cruise projects in Boashan.

Fincantieri will play an active role in the management of the activities of the LOI, while CSSC will be in charge of control and supervision.

This year's Seatrade Cruise Asia Pacific will take place in the Baoshan district of Shanghai, China between November 1-3, 2017.