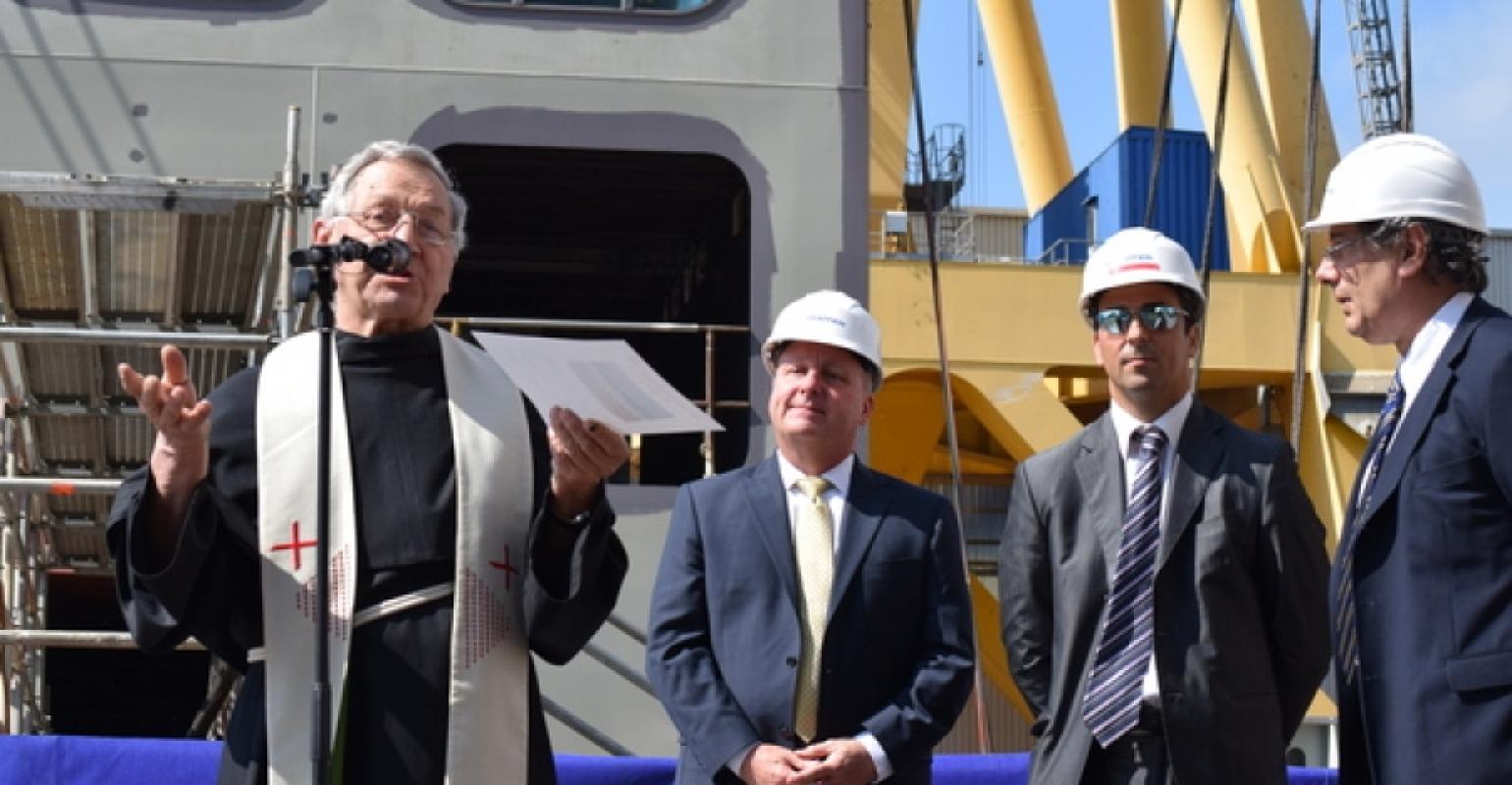 Fincantieri's Marghera shipyard laid the keel for Holland America Line's Pinnacle-class newbuild in a ceremony where the 680-ton keel block was lowered into the dock, marking the start of construction.

'As the largest ship ever built for Holland America Line, the vessel features many innovations and new features, and we’re excited to see it all come together over the next year and a half,' HAL president and ceo Stein Kruse said.

The ship will showcase decors by leading hospitality designer Adam Tihany, based in New York City, and prolific cruise ship designer and architect Bjørn Storbraaten, based in Oslo.