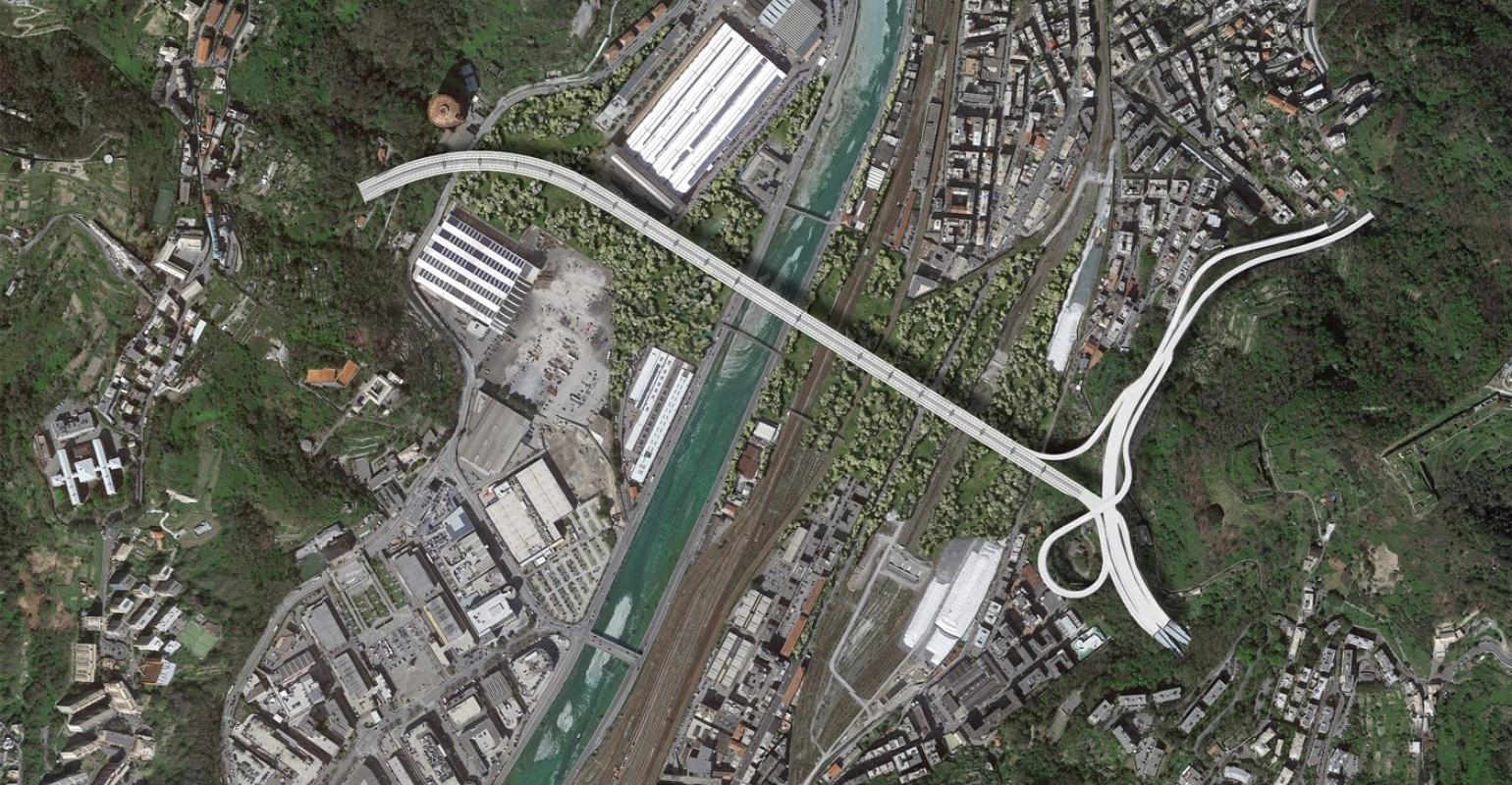 The bridge will have a continuous steel deck stretching 1,100 meters with 20 spans and 19 elliptical piers made of reinforced concrete
Salini Impregilo, a specialist in the construction of large, complex civil infrastructure, and Fincantieri Infrastructure were awarded the contract to rebuild the bridge across the Polcevera River in Genoa according to a design by the noted architect Renzo Piano.

The two companies created a new entity, Pergenova, with the aim of completing the structure in 12 months from the moment work at the site can begin after demolition of the old bridge.

This follows the deadly collapse of the Morandi Bridge over highway A10 in August, a tragedy that touched the cruise world since Genoa is the home of Costa Cruises and Stazioni Marittime is among the Mediterranean's busiest ports.

'Twelve months to help relaunch Genoa. That is the dream that we are hoping to give the Genoese before Christmas in memory of the victims of this terrible tragedy, to relaunch the city as quickly possible and send a strong message to the entire country. Public works can kickstart the economy and start to create jobs again,' Salini Impregilo CEO Pietro Salini said.

'We owed it to Genoa and Liguria'

'Fincantieri offered its assistance from the very first moment. We owed it to Genoa and Liguria,' CEO Giuseppe Bono said. 'Our expertise in the management of processes and complex products puts us in a position to carry out the best possible work in order to give the city a beautiful, functional and lasting public work within the expected timeframe. I am sure that the new infrastructure will be the best example of an Italy that can work to build public works in service to the country, when it puts its many [excellent capabilities] together.'

The bridge over the Polcevera is a key artery that connects the port and the wider coastal area to France. The new structure will be significant in helping Genoa return to its important role as a shipping and commercial hub.

The bridge will have a continuous steel deck stretching 1,100 meters with 20 spans and 19 elliptical piers made of reinforced concrete, most positioned 50 meters apart. Two of the piers will be 100 meters from each other because of their location on the river and the railway. The design takes into account the fact that the bridge crosses a densely populated area.

Fincantieri will build the steel structures at its Genoa-Sestri Ponente shipyard, as well as at the Valeggio sul Mincio (Verona) facility and, if necessary, at the group's other yards in Italy. The production of the metallic deck will be carried out in macro structural elements that will be transported to the work site, assembled and welded, completing the working of each single span on the ground.

The hoisting will be carried out using mainly special equipment called strand jacks, which align the deck to the main element in steel previously placed at the top of the pile using a mobile crane. In partnership with Cetena, a company within the Fincantieri group dedicated to research and based in Genoa, an integrated monitoring, control and inspection system of the bridge will also be provided.