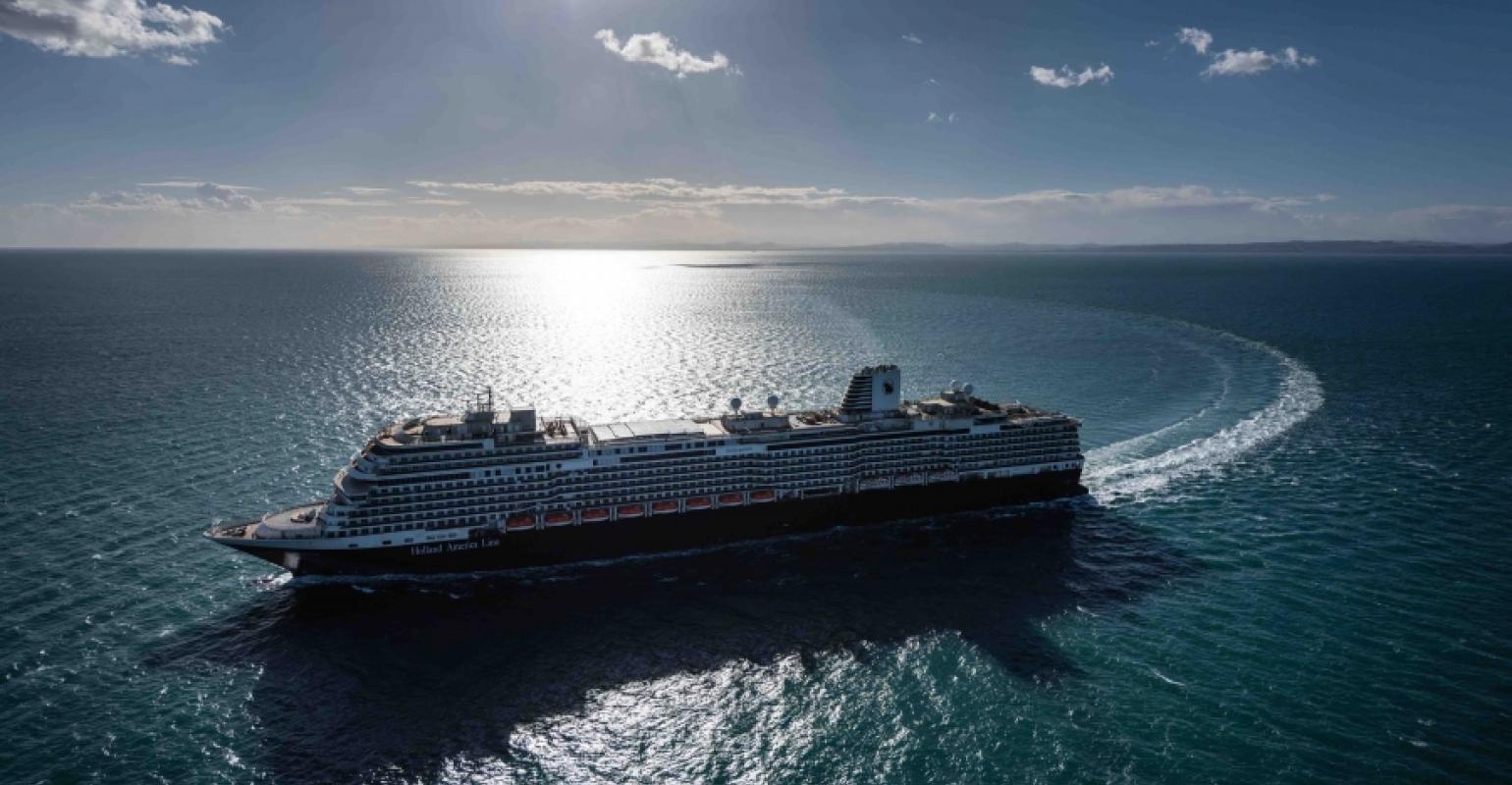 Koningsdam, Holland America Line's new Pinnacle-class ship, was handed over by Fincantieri's Marghera yard on Thursday. The 99,800gt, 300-meter vessel is HAL's largest and has a bevy of new features.

Among them are World Stage, a theater with a 20-meter LED wall that spans 270 degrees, and Music Walk, showcasing various music genres in venues including Lincoln Center Stage, offering chamber music nightly, and Billboard Onboard, a new twist on the piano bar. HAL's popular BB King’s Blues Club is housed in the expanded Queen’s Lounge.

The ship sports a double-deck Lido Pool area and a spacious Greenhouse Spa.

The interiors were created by Tihany Design and Yran & Storbraaten, with the 'architecture of music' as an inspiration element for the design of many public areas.

'Koningsdam looks spectacular, beyond our expectations, and we thank all those involved for their dedication and commitment in bringing our vision to life,' HAL president Orlando Ashford said.