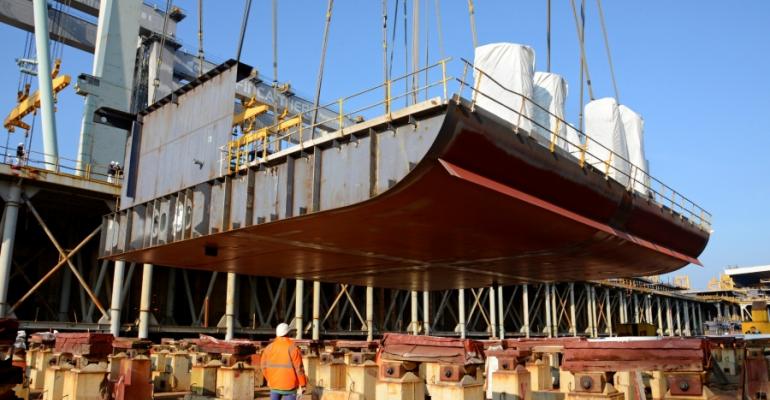 The first block of MSC Seaside is lowered into the building dock (Photo: Fincantieri)

The first 550-ton block of MSC Seaside, a new class of ship for MSC Cruises, was laid at Fincantieri's Monfalcone yard on Friday.

This event marks the beginning of the assembly of hull blocks into sections.

The next construction milestone is planned for April 21, when MSC Cruises will conduct a coin ceremony.

The largest ship ever built in Italy, the 154,000gt MSC Seaside will debut in November 2017, and will be named the following month at PortMiami.

MSC Cruises has ordered two Seaside-class ships, and has the option for a third.

Seatrade Cruise News understands some sections of the commissioned ships are to be built in other Fincantieri yards.