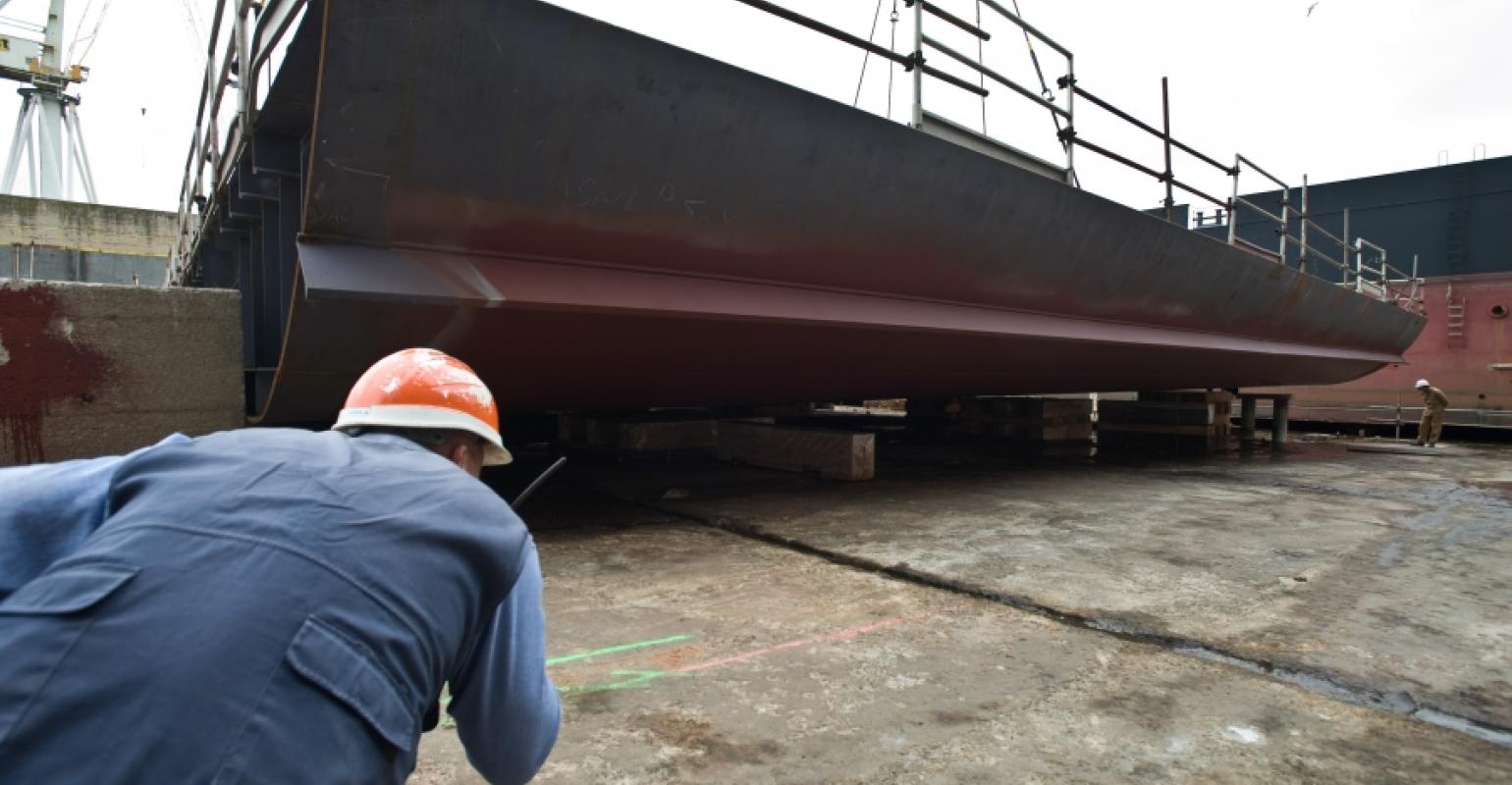 The new midsection for MSC Armonia starts to take shape

The first block of a 25mtr midsection due to be fitted into MSC Armonia, elongating the vessel to 275mtr. was completed at the Fincantieri shipyard in Palermo.

The midsection containing new passenger and crew cabins and public areas is part of the Renaissance program, involving an investment of almost €200m to stretch four Lirica-class ships operated by MSC Cruises due for completion in November 2015.

In the next three months three more 350 ton blocks will be built  at the yard. Steel cutting is currently underway at the workshops. The completed midsection will be ready at the end of July, ready to be inserted into the centre of the ship which is due to arrive in Palermo on August 31.

Once fitted, the ship will add 193 passenger cabins and 59 for crew, new interior space dedicated to entertainment, as well as the renovation of the shopping area.

Completion of the work is scheduled for November 17, 2014 before the ship starts weekly winter cruises to the Canary Islands.