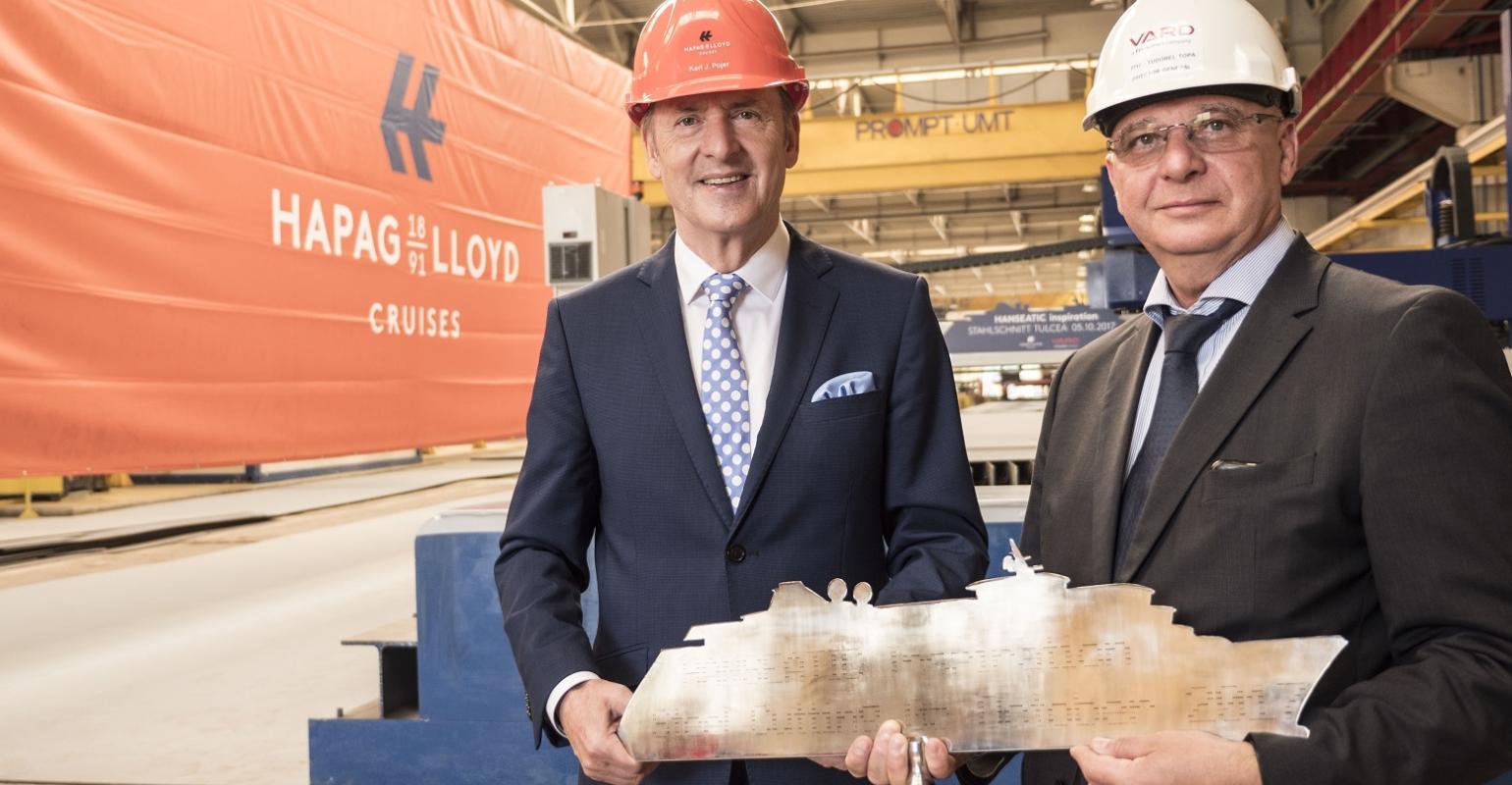 Karl J. Pojer, ceo of Hapag-Lloyd Cruises, gave the official start sign for the production process. As part of the ceremony in Tulcea, Tudorel Topa, svp and yard director general presented the cruise line's management team with a symbolic steel silhouette of the new vessel.

The hull of the ship – which is a sister of Hanseatic nature already under construction – will be built in Romania before being transported to Vard Langsten shipyard in Norway for outfitting. The christening of Hanseatic inspiration, which will carry up to 199 guests on Antarctica cruises and 230 passengers on other itineraries, is scheduled for October 2019.

He stressed that Hapag-Lloyd Cruises new ships, which represent an investment by the TUI Group on behalf of its Hamburg-based subsidiary, were ideally suited to satisfy international source market demand. Pojer added HANSEATIC inspiration will be marketed to an English-speaking audience.