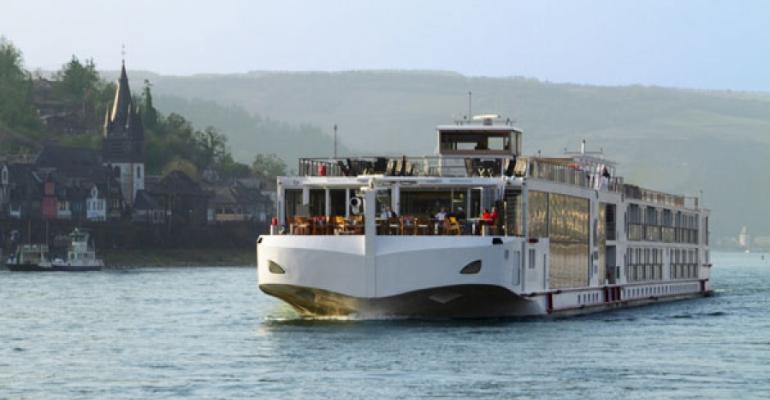 When it comes to river cruising, 2016 is 'a bit weaker than anticipated due to the events in Paris and Brussels. Everybody feels that,' Viking Cruises chairman Torstein Hagen said Thursday, adding that he thinks this is a temporary phenomenon.

Viking's business isn't down, but it hasn't met the company's expectations. 'It's probably been about flat,' he said.

Hagen claims a 50% share of the North American market for overseas river destinations, and he's content with that.

After a world-record-setting pace of ship introductions in recent years, Viking is reining in capacity growth. Next year the company will build just two additional river vessels, though it has options for 'a lot more,' as Hagen put it.

Six Longships were introduced in 2016, down from double or more than that in each of the past couple years.

2015's low water conditions challenged European river operators. The Elbe, where Viking is on its own, was particularly impacted but it's a 'phenomenal itinerary,' Hagen said. Viking fields so many identical vessels between Amsterdam and Budapest that it can swap passengers from one to another if a patch of river becomes inaccessible. Travelers are transferred in the company's own branded motorcoaches, usually in just a two-hour drive.

'We have it down to a fine art,' Hagen said.

The Nuremberg-Budapest stretch is 'trickier.' It's a longer drive if things go wrong, but there's strong demand for Nuremberg.

This year there's been a bit of high water on Portugal's Douro.

Hagen acknowledged Viking needs to inform people sooner if their river cruise is impacted but said it only seems like there are more water-level issues with his company because it has so many more boats. That means much more chatter online when a trip's affected.

Viking's fleet numbers 64 vessels, and 49 of those are the efficient, low-cost Longships. Their square-bowed, triple deck design accommodates 190 passengers each, more than competitors' comparably sized vessels, so the average fare is lower. Viking touts value as a key selling point.

The line doesn't have all the frills—for example, no fitness center or swimming pool—that some others offer, and its accommodations span a wider range, from the spacious 445-square-foot Explorer Suites to smaller, bottom-deck rooms. Diesel-electric propulsion means less vibration and noise in a vessel's aft section, so that space can be used for the top suites instead of public rooms.

Passenger ratings are high, and brand awareness in North America is several times greater than that of competitors.

'On the whole, the river cruise experience is a good one, whichever company you go with,' Hagen said. 'We like to believe we're a notch better,' he added, 'and we continue to improve.'