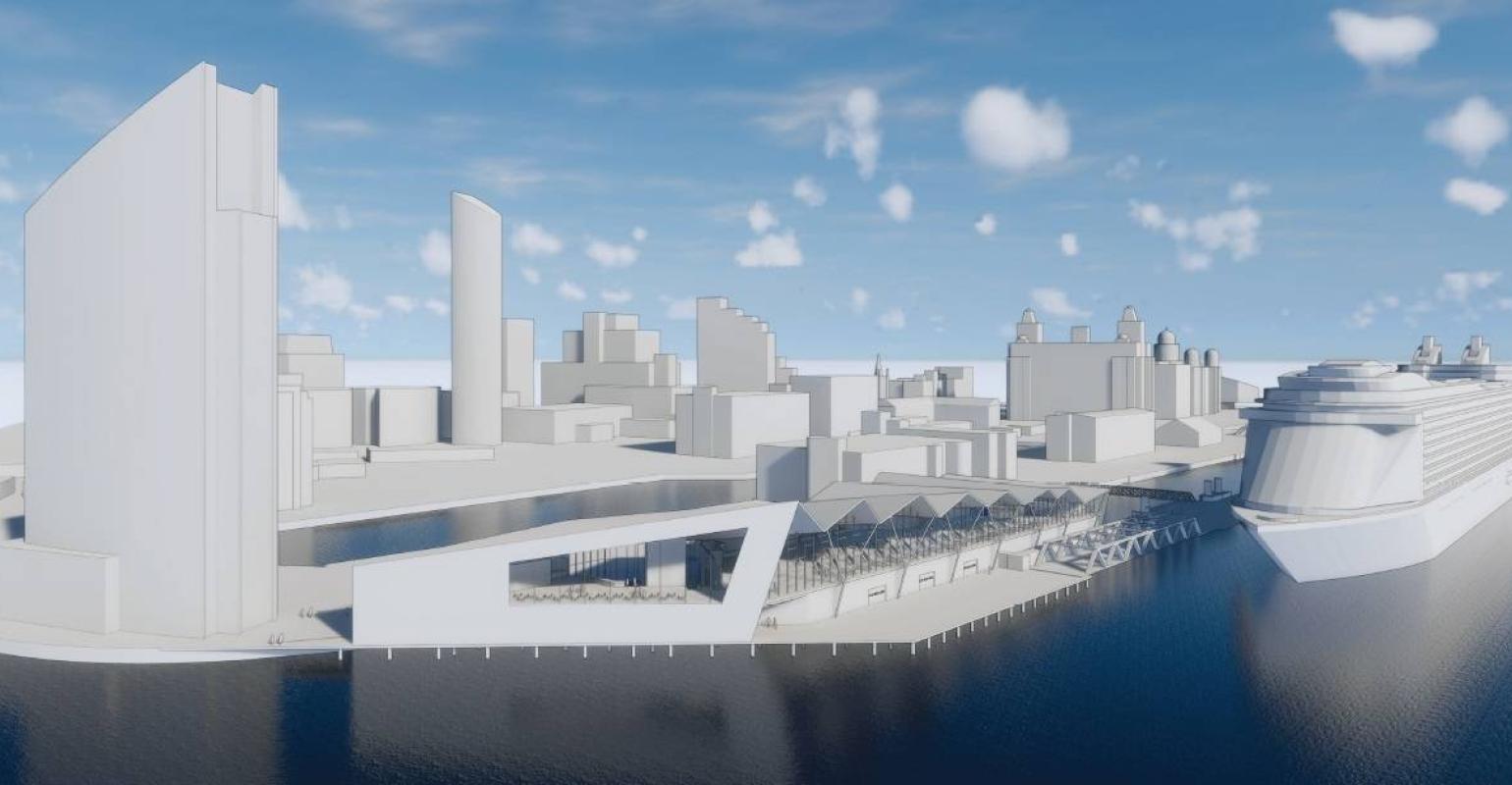 The film shows the location of the planned facility near the west coast UK port’s UNESCO World Heritage Site waterfront as well as external design and finish. Viewers are then taken inside on a virtual walk through of the two-storey, 10,000sq mtr building.

Full on-site construction works are scheduled to start early in 2019, according to Liverpool City Council, the local authority leading on the development.

Outline planning permission for the scheme was granted last April and preliminary survey work on the bedrock of the River Mersey has been completed.

A budget of around £50m ($66m) has been earmarked for the terminal which city leaders believe could be open for business late 2020.

Liverpool City Council has appointed Ramboll as the lead designer with Stride Treglown as Architects, Jones Lang Lassalle as planning advisors and Turner & Townsend as cost advisors. McLaughlin & Harvey has been appointed as the contractor for the works.

Joyce Brady, project director, Ramboll, said: ‘Ramboll is delighted to have reached the stage on the new Liverpool Cruise Terminal where we can release the final images and fly-through. This is a major regeneration project for Liverpool City Council and their partners. Our team, including architect sub consultants Stride Treglown, and major sub-consultants JLL and Turner and Townsend, are looking forward to seeing the scheme through its construction stage and into operation and accepting ships.’

In the last decade Liverpool has welcomed over 400 cruise ships and 600,000 visitors.