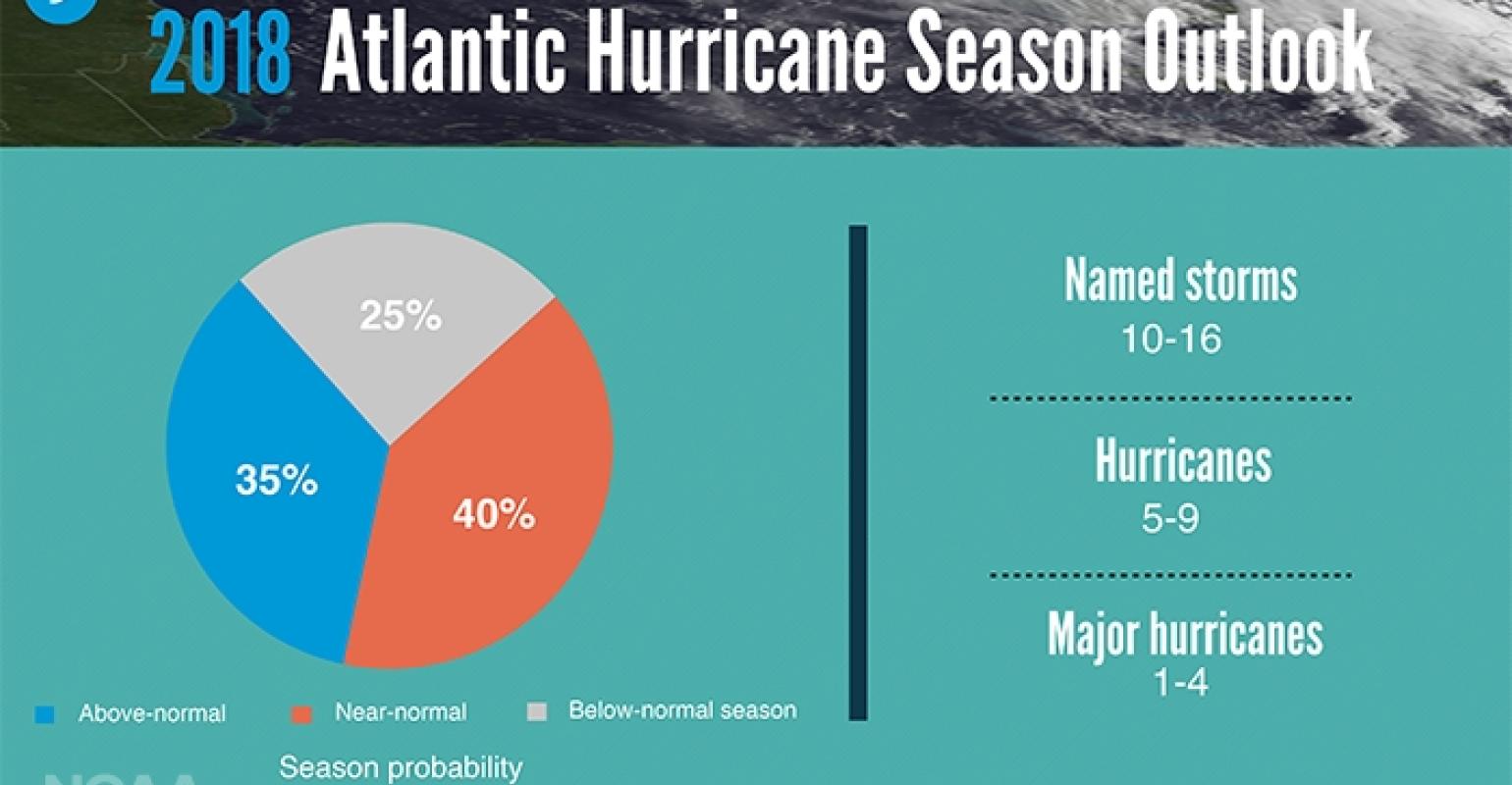 The US National Oceanic and Atmospheric Administration is forecasting a 75% chance that the 2018 Atlantic hurricane season will be near or above normal.

Advances made in hardware and computing over the past year will give NOAA scientists 'unprecedented' ability to predict the path of storms and warn those in harm’s way, Secretary of Commerce Wilbur Ross said. 'The devastating hurricane season of 2017 demonstrated the necessity for prompt and accurate hurricane forecasts.'

For cruise operators and the Caribbean, the 2017 season was unprecedented. Though most cruise destinations bounced back remarkably quickly, some are still struggling as the new season looms.

The possibility of a weak El Nino developing, along with near-average sea surface temperatures across the tropical Atlantic Ocean and Caribbean Sea, are two of the factors driving this outlook. These factors are set upon a backdrop of atmospheric and oceanic conditions that are conducive to hurricane development and have been producing stronger Atlantic hurricane seasons since 1995.