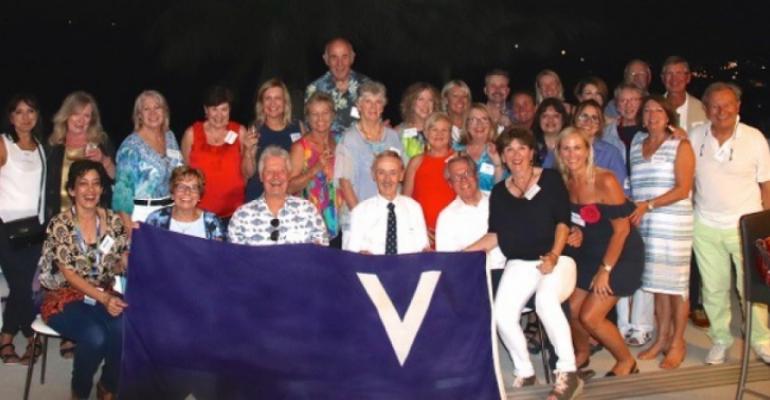 As one attendee told Seatrade Cruise News, while many took up the invitation to speak, it was Blamey’s ‘historical perspective’ that ‘brought the glory days of the 1980s into clearest focus.’

Blamey, who runs his own company, CHART Management Consultants, listed a great many ‘firsts’ for Sitmar which was sold to P&O in 1988.

For example, he reminded everyone that Mystery Island and Dravuni, Isle of Pines and Champagne Bay were originally Sitmar’s ‘unspoiled islands.’

Dancing under the stars and pizza

He said Sitmar had the first pizzeria and ice-cream parlour at sea and introduced dancing under the stars.

He also reminded everyone that Sitmar made the momentous decision to close all its own sales offices to place its distribution 100% in the hands of the travel trade and gave travel agents commission protection.

Blamey said the evening was one of rekindling once strong relationships, reminiscing and fine food and wine.

It was unanimously judged to be ‘a triumph’ and many have called for an encore.

Funds raised from the reunion will go to Mercy Ships, including the proceeds of an auction of Sitmar memorabilia, which Blamey will formally hand over at the 18th annual CLIA Awards dinner next Saturday.