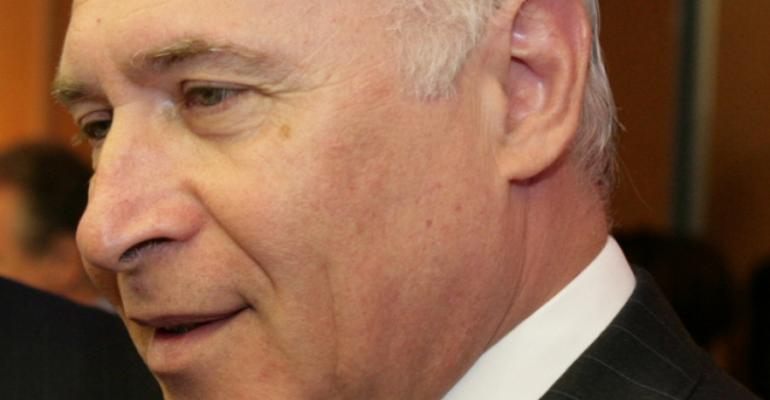 Costa Crociere is leveraging pricing to build bookings in what chairman and ceo Pier Luigi Foschi described as a ‘multifaceted and rather complex’ marketing strategy. At the same time, Costa aims to mend its image by reaching out to influential media in the hope of getting a fair shake.

‘Now is the time we are planning a comeback for Costa through the media, hopefully in our own space and hopefully what we want to say,’ Foschi told Seatrade Insider in a one-to-one interview on Tuesday.

Not long ago, the Costa chief voiced concern for the brand’s very survival following a post-Costa Concordia media savaging in Italy that he decried as ‘very violent … without precedent.’ It would have been ‘totally useless for us at the time to defend ourselves,’ he said, because that only would have fanned the flames.

To some extent, foreign media picked up the attacks. Costa is now conducting an analysis to understand the damage, perceptions of the company in different markets and any ‘potential confusion, if not lies, about Costa,’ as Foschi put it. That research will guide a media strategy.

Today the line today reported record 2012 Easter booking volume, which Foschi put down to pricing. He also noted favorable comparisons to 2011 when the Easter holiday fell inconveniently early for many, and during the height of the North African political crisis and as European economies were slowing.

‘Italy is responding faster than we expected, of course leveraging in price,’ Foschi said. The German market is coming back, too. He wouldn’t tell specifics but cited his guidance at last week’s Costa shareholders meeting of a ‘substantial recovery of [the] bookings level.’

Foschi also reiterated his expectation of positive financial results in 2012 for the Costa group, including AIDA Cruises and Iberocruceros. While those brands were impacted by the Concordia incident, ‘still we are a strong company with a strong customer base although we may need to leverage a bit on price.’

In resuming marketing in key countries, Costa is not talking directly to consumers about the brand and is not back on television for the time being. Instead, the line is harnessing digital marketing, with some newspaper and some weekly magazine advertising, and ‘other types of media in the pipeline.’

Noting that different markets reacted differently to the Concordia tragedy, Foschi called South America ‘as successful as ever, and we are expecting a successful season in Asia. India and other emerging markets are responding very well for us,’ he added.

The outlook for Costa Victoria in Asia is ‘very, very encouraging.’ It’s a larger ship than last season, with more balconies, and will reprise China itineraries while tailoring cruises from Singapore to better appeal to local tastes.

Overall in 2012, though, Costa is emphasizing the Mediterranean to keep the ships close to its main markets. A larger number of shorter itineraries are aimed at enticing people on ‘mini breaks’ during tough economic times when they have less disposable income.

The fully updated Costa neoRomantica—which Foschi called ‘really beautiful, super elegant’—is targeted at more demanding customers and has distinctive longer itineraries in Northern Europe as well as ‘grand cruises’ to the Far East and Australia later in the year.

Meanwhile, Costa Fascinosa is proceeding well at Fincantieri’s Marghera shipyard with Foschi anticipating ‘a good delivery’ at the end of the month. Subdued inaugural activities are planned in early May. It’s likely the same number of travel agents will preview the latest newbuild as in past years. Foschi isn’t sure as many media will attend though he thinks that would be a good chance for Costa to tell its story.

The group’s next newbuild, AIDAmar, is ‘coming along very well’ at Meyer Werft and will take its place as the ninth ship in a brand that has grown quite large. AIDA experienced ‘a pause in bookings’ after Costa Concordia but Foschi said the picture is ‘much improved.’

As for Concordia itself, the Costa chief is relieved the defueling was completed with no environmental impact, and he expects the removal plan to be decided this month. He hopes the two missing bodies will be found, thus defusing emotions linked to the wreck.

Foschi expressed sorrow over the 32 deaths and for the families of the victims.

He was deeply touched on the occasion of the annual ‘Costa Day,’ which marks the first Costa sailing on March 31, 1948. Because March 31 fell on Saturday, the company held its commemoration on Monday.

‘I never saw in my life such loyal employees ashore and on the ships,’ Foschi said, citing testimonials and written messages of solidarity. ‘Everyone is looking for the company to re-emerge stronger than ever.’

It’s still too soon to say Costa headquarters has returned to normalcy. Foschi said three-quarters of the employees are back to their regular work routines, but the rest are coping with the salvage, the indemnity and the criminal prosecution.