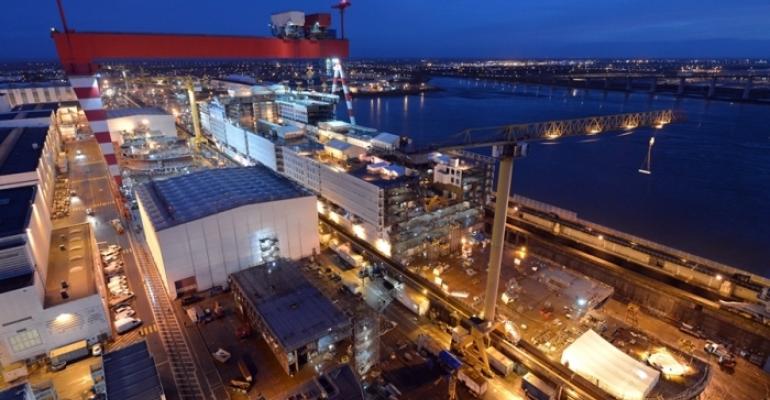 The Italian and French shipbuilding industry associations ASSONAVE and GICAN have inked a common 'Research, Development and Innovation Road Map for Shipbuilding.'

Keeping a step ahead of Asian competition

This document carries out the task entrusted to the two associations during the Lyon Summit of Sept. 27, 2017, between France's head of state and Italy's prime minister, and identifies the key technologies the shipbuilding industry should develop in the next 10 years and beyond in order to stay a step ahead of the Asian competition.

Europe's maritime technology industry currently leads the world when it comes to building high-end ships with sophisticated equipment, both for civil and naval purposes, thanks to continuous investments in research, development and innovation.

The European maritime technology sector includes more than 300 shipyards and 22,000 equipment suppliers, and employs more than 900,000 skilled workers, with an annual production value of €112.5bn. A large chunk of these numbers is generated in France and Italy, according to data from Sea Europe, a shipyards and maritime equipment association.

The industry's size and the need to guarantee the long-term defense and security of the maritime domain depend on keeping an edge in maritime construction, ASSONAVE and GICAN said.

The two associations noted shipbuilding is a strategic sector, not only for Italy and France, but all of Europe. However, the continent's leadership is 'under attack' by the key Asian shipbuilding countries and requires high investments in research, development and innovation to be safeguarded, as well as strong governmental support of these investments.

For each vision, enabling technologies and technical goals for 2030 and for 2050 have been defined.

This road map is in line with the European agenda, in particular the ongoing work for FP9 and for the European Defence Fund (EDIDP for development and EDRP for research). In this framework, the common road map opens new dual opportunities for civilian and military cooperation for French and Italian companies, also in synergy with the parallel agreements between France's Naval Group and Italy's Fincantieri.

Goal of a European RDI plan

ASSONAVE and GICAN will now propose their RDI Road Map to other European maritime associations with the goal of achieving a shared ambitious European research, development and innovation plan.

GICAN chairman Hervé Guillou said the road map initiates a 'strong and lasting cooperation' to efficiently tackle the new challenges of the naval industry, with a focus on RDI. Also, it heralds European understandings needed to strengthen the industry and to compete internationally.

Guillou added GICAN will be happy to present common works in the committees of Sea Europe.

ASSONAVE chairman Vincenzo Petrone called the road map a 'key step forward to ensure that the leading role played by the respective shipbuilding industries at the global level is adequately reflected in the relevant European bodies. This is intended to ensure that the [European] Commission dedicates political attention and financial resources to maintain and further develop research and investment in our industry so as to preserve our global leadership.

'Despite the dimension of our industry,' Petrone added, 'we Europeans are still in need of consolidation so that European champions acquire the important dimension required to compete with the Asian shipbuilders, both in the civilian and the military sectors.'