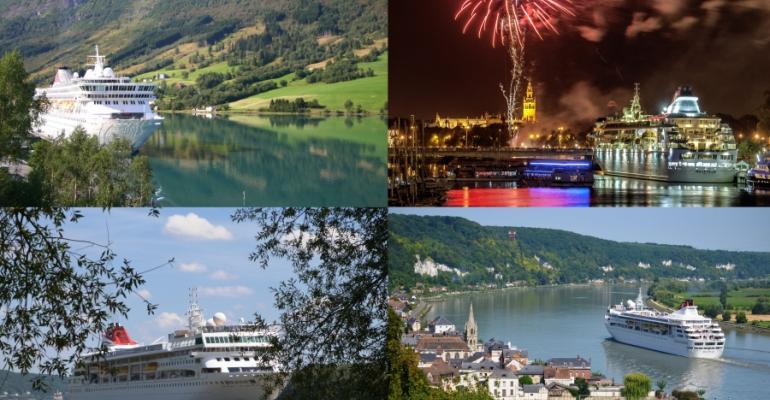 Fred. Olsen Cruise Lines fleet of four ships – Balmoral, Braemar, Boudicca and Black Watch – will be visiting 220 destinations in 70 countries around the globe, plus 118 areas of scenic cruising in 2017/18, announced sales and marketing director Nathan Philpot at a reception last night in London.

Fred Olsen managing director Mike Rodwell said it was the first time the line had combined the itinerary and brochure launch at the same time. 'We have brought the brochure launch forward by three months with sales starting next week, to capitalise on the early booking trend we are seeing.'

He reported earnings before interest, taxes, and amortization up 50% in 2015 compared to a year earlier, 'and with a recovering economy and low oil prices we are in a good place as a business,' said Rodwell.

Talking about the company's vision for the 2017/18 cruise season Philpot said: ‘It’s all about the experience!’ and said the itineraries have been, 'hand-crafted not churned out by a machine.'

In 2017/18, Fred. Olsen will be reconfirming its commitment to the port of Newcastle, offering a record 13 departures, between May and September 2017, aboard its 1,350-guest Balmoral. Departures include a five-night ‘Norwegian Fjords’ cruise, an 11-night ‘Swedish Waterways’ holiday and a 15-night ‘Authentic Andalusia’ adventure, taking in seven ports in Spain, Portugal and Gibraltar.

Fred. Olsen’s Boudicca will be setting sail ten times from the Port of Liverpool in 2017/18, including a 26-night ‘Azores & the America’s Cup’ cruise, 'specially crafted for guests to be able to enjoy the action of the 35th America’s Cup in Hamilton, Bermuda' said Philpot; and an eight-night ‘Lochs of Scotland’ cruise.

There will be 12 departures from Scotland, a country that has historically been very close to the Olsen family: three from Greenock (Glasgow) and nine from Rosyth (Edinburgh). Cruise holidays on offer to Scottish guests include a 10-night ‘French Rivers’ experience and a 10-night ‘Iceland’ adventure.

Fred. Olsen’s Black Watch and Balmoral will be embarking on two ‘Grand Voyages’ in January 2018, visiting 46 ports in 35 countries between them.

Balmoral will be cruising to South America on a 46-night voyages include four days in Rio de Janeiro, plus calls to Buenos Aires and a full day in Montevideo.

For the first time ever, Fred. Olsen is offering guests the chance to experience a ‘location vacation’, visiting film settings featured in top films and hit TV series, including James Bond’s Skyfall, Harry Potter and the Prisoner of Azkaban, Braveheart, Game of Thrones, Broadchurch and Poldark. Fred. Olsen will be offering two new ‘UK Set-jetting’ cruises in 2017/18: the first ‘UK Scenes from the Silver Screen’ is a 10-night cruise aboard Braemar, and the second is an eight-night adventure aboard Balmoral.

Go in search of seals, orcas, sharks, golden eagles, dolphins, puffins and Shetland oonies on an eight-night ‘Wildlife of England & Scotland’ cruise from Liverpool, which includes a maiden call to Southwold, in East Anglia, close to Fred. Olsen Cruise Lines’ Ipswich HQ is another highlight,  remarked Philpot who when asked what cruise he would pick out of all to go on said, 'the Lochs of Scotland could be special'.

Meanwhile Neil Herbert, the company's new head of sales chose the 40-night round the Caribbean from Southampton aboard Balmoral, visiting 15 island destinations - a first for the line - as his most wanted.