Freerunning champion let loose on Harmony of the Seas 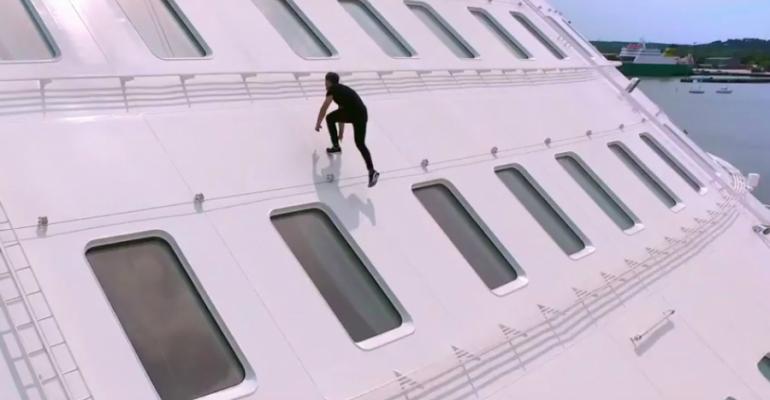 Royal Caribbean International has created a virtual tour of Harmony of the Seas seen through the eyes and quick feet of London-based freerunning champion Pip Andersen.

The 90-second film showcases the interior and exterior of the 1,188ft ship and provides a snap shot of some of the spaces about the world's largest cruise ship.

25 year old Andersen found fame recently when he was cast in the latest Star Wars instalment, The Force Awakens. The 17 year old was selected to represent the UK in the World Freerunning Championships.

Andersen said: 'My freerunning is usually done through built-up cityscapes, so to be asked to explore a ship and free-run as I might through a classic urban environment, was pretty different.'

Andersen continued: 'I was spoilt for choice in terms of areas to explore and activities to take in; a rock wall, TWO surf simulators, a zip line and Ultimate Abyss (a 10 storey slide). I mean, it’s basically a giant playground.'

Stuart Leven, md, Royal Caribbean UK and Ireland said: 'Everyone knows this as the world’s largest ship, but it’s so much more than that. To just capture film or pictures of the exterior is not really doing it justice. We wanted to capture the adventure within and showcase, in an extraordinary way, what Harmony of the Seas has to offer.'