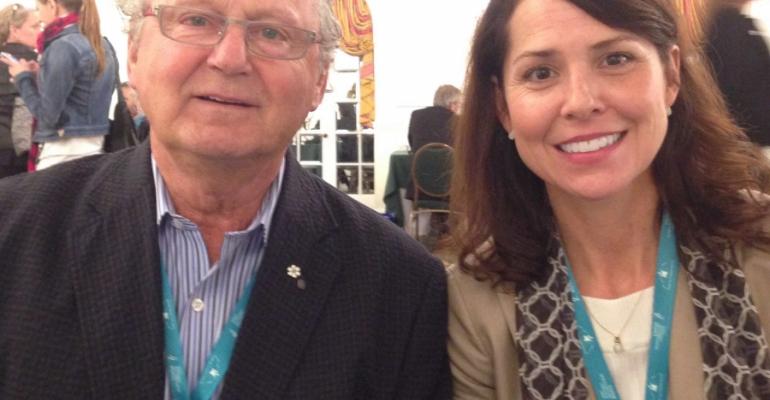 'They put a lot of money and hard work into it,' Gaudreault said during the Canada/New England Cruise Symposium in Bar Harbor, Maine, this week.

'I have been involved in the cruise industry for 27 years, and I get goose bumps seeing the reactions of the people in the terminal. It is a unique way to welcome cruise ships,' he told Seatrade Cruise News.

Costumed locals representing centuries of history, part of 'La Fabuleuse,' a stage show that has been running more than 20 years, are on hand when passengers step ashore at this fjord destination.

After retiring from the Port of Québec, where a cruise terminal is named after him, Gaudreault has served as a consultant on international cruise market development for Promotion Saguenay. Last year he was invested into the Order of Canada for his outstanding achievement, dedication to the community and service to the nation.

Nathalie Gaudreault, tourism director for Promotion Saguenay, noted cruise calls have grown from five to 38, and next year more 40 calls are booked. Among them: Viking Ocean Cruises, it was announced by an official during the symposium.

Viking's Nicolai Skogland, port operations manager, quipped: 'Because as Norwegians, we like to take the fjord.'

Saguenay is a member of the Cruise the Saint Lawrence Association, which is mid-way into a multi-year project to ensure all nine of its ports offer 'The Best Bienvenue in the World.'

Just last month Saguenay inaugurated its Port Village and a sculpture of its logo, saguenay.ca, letters in a square shape of three lines with a red heart placed where the second line begins.

Saguenay opened its Bagotville Wharf in September 2008, followed by its international cruise pavilion a year later.