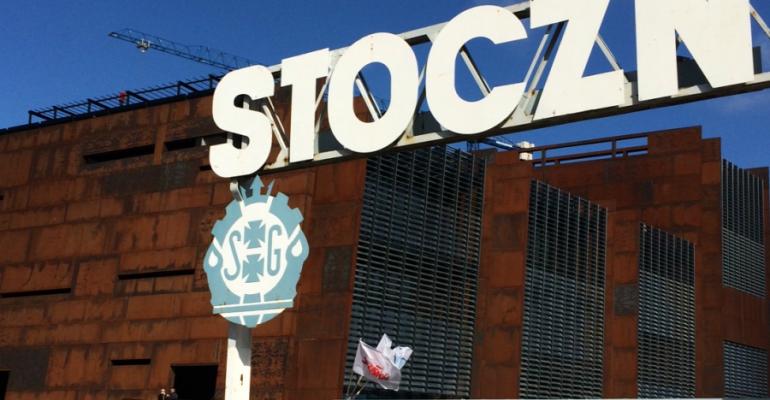 A number of new tourist attractions, coupled with more than a thousand years of history and a friendly port tariff structure, are spurring Gdansk to target more cruise calls.

The Polish city located in the southern Baltic attracts between 30 to 40 cruise ships annually at two cruise berths located close to the port’s entrance. Westerplatte Quay can accommodate ships up to 280mtr in length and WOC II quay is more suited to smaller vessels up to 170mtr long. Both are maximum 20 minutes drive from the city centre.

History, both old and new, seeps from the Hanseatic city and its surrounds. To name a few: St Mary’s Bascilica, the biggest brick church in the world and Oliwa Cathedral, housing a pipe organ considered to be the biggest in Europe when built in the mid-18th century or the Great Crane, the biggest port crane in the world until the 19th century.

The city is also the crossroads of the ancient and modern amber routes and there is an abundance of amber jewellery shops in the Old Town. For outdoor enthusiasts the Hel Peninsular, reachable in summer by water tram from the town, is a 34 kilometere long stretch of sand dunes covered with woods and ideal for water sports, wind surfing and sunbathing.

Fast-forward to modern history and the city’s latest tourist attractions include the recently opened European Solidarity Centre, a museum and institution designed to promote freedom, located on the site of the former Lenin Shipyard. Its exterior walls and some of the internal ones are covered in rust sheet metal reminiscent of a ship’s hull.

The centre houses documents and photos detailing Solidarity’s history, a library, a conference hall and an education centre for students.

In addition to the ESC, new attractions are the Gdansk Shakespeare Theatre an all-weather theatre which can house plays year-round in the open air or under a sliding roof cover which can be in position within three minutes and the Granary Island Project in the heart of the city undergoing regeneration and used for leisure activities. Opening in September 2016, a museum dedicated to how civilian life was affected during World War II, which began at Wetserplatte in 1939.

‘We believe tourism is important to our city, not only financially but its part of our daily life. Gdansk is a good example of how to build a free society by peaceful means and how to present the past and link it with the present,’ Pawel Adamowicz, Mayor of the City of Gdansk told Seatrade Insider. ‘Cruise passenger demographics are a target audience and important ambassadors for the city and we look forward to welcoming more,’ he continued.

Showing its commitment to growing its cruise business, and to tempt ships to return, Port Authority of Gdansk offers a 20% discount on tonnage fees (up to 60,000gt) for cruise ships calling more than once a year, rising to 40% discount with fourth and fifth calls and only 50% for six or more calls, explains marketing specialist Michal Stupak.

There are also plans to build a new passenger terminal in future to accommodate the largest cruise ships visiting the Baltic, he said.

This year, the Cruise Baltic and Cruise Europe member undertook two turnarounds for the first time of Club Med 2 with passengers arriving mainly via charter plane from the nearby international airport.