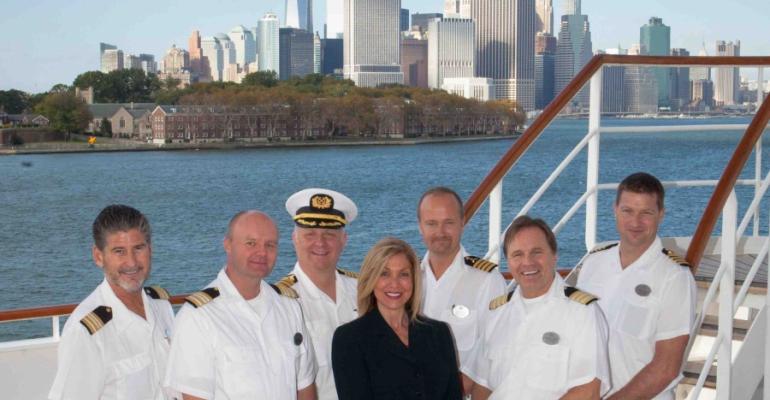 Update adds Crystal Cruises' 2014 financial performance, that purchase price is limited to no more than $600m, following any considerations at closing, and NYK's expected sales gain. In a surprise move that will jolt the luxury sector, Genting Hong Kong said it plans to acquire Crystal Cruises from NYK and will grow the two-ship brand with a newbuild.

Genting HK said it will pay US$550m in cash, subject to certain adjustment items to be ascertained after the closing, which is expected in the second quarter. The final amount, after any adjustment such as, for example, for example, unearned revenue from customer deposits for future voyages, shall not be more than $600m, according to a filing.

Crystal Serenity and Crystal Symphony comprise approximately 1,992 lower berths and the consideration has been determined on a cash-free and debt-free basis, translating into enterprise value per lower berth of approximately US$276,000.

'Crystal Cruises offers the epitome of luxury cruising and the service standard which all other cruise lines aspire to,' said Tan Sri Lim Kok Thay, chairman, ceo and acting president of Genting HK. He added the current management team and crew will continue to lead Crystal Cruises.

Lim also said Genting will provide 'financial resources and proven expertise in innovative ship design to build a new ship that will set the highest standard in luxury cruise ships that together with Crystal’s six-star legendary service will reinforce Crystal’s reputation as the world’s leading luxury cruise line for decades to come.'

'After 25 successful years with NYK, we are excited to have Genting Hong Kong as the new owner of Crystal Cruises,' president and chief operating officer Edie Rodriguez said.

Rodriguez, who has promised an expansion of the brand since she took over as president in 2013, said Crystal Society members and new luxury cruise travelers will now get more itinerary options, accommodation choices and exceptional vacation experiences.

Japan's NYK has owned Crystal since its inception in 1988. The company said it projects sales gains of 26.1bn yen ($180.6m) as extraordinary income in consolidated results for the first quarter of the fiscal year ending March 31, 2016.

Besides being the parent of Star Cruises, Genting HK is a major shareholder in Norwegian Cruise Line Holdings, which recently acquired Prestige Cruises, consisting of the upscale brand Oceania Cruises and one of Crystal's key luxury competitors, Regent Seven Seas Cruises. Regent's Seven Seas Explorer is under construction for delivery in 2016. It's being touted as the most luxurious cruise ship ever built.

Genting HK itself is building two large ships for the Asian market. Perhaps the acquisition of Crystal positions it to better access China's luxury travel market.

NCLH has said it is exploring whether to dedicate its 2018 Norwegian Cruise Line newbuild to China and has specified if it does enter that market, it would be via the Norwegian brand.

See also an interview with Crystal's Rodriguez, here, and a brokerage analysis of the potential industry repercussions, here.