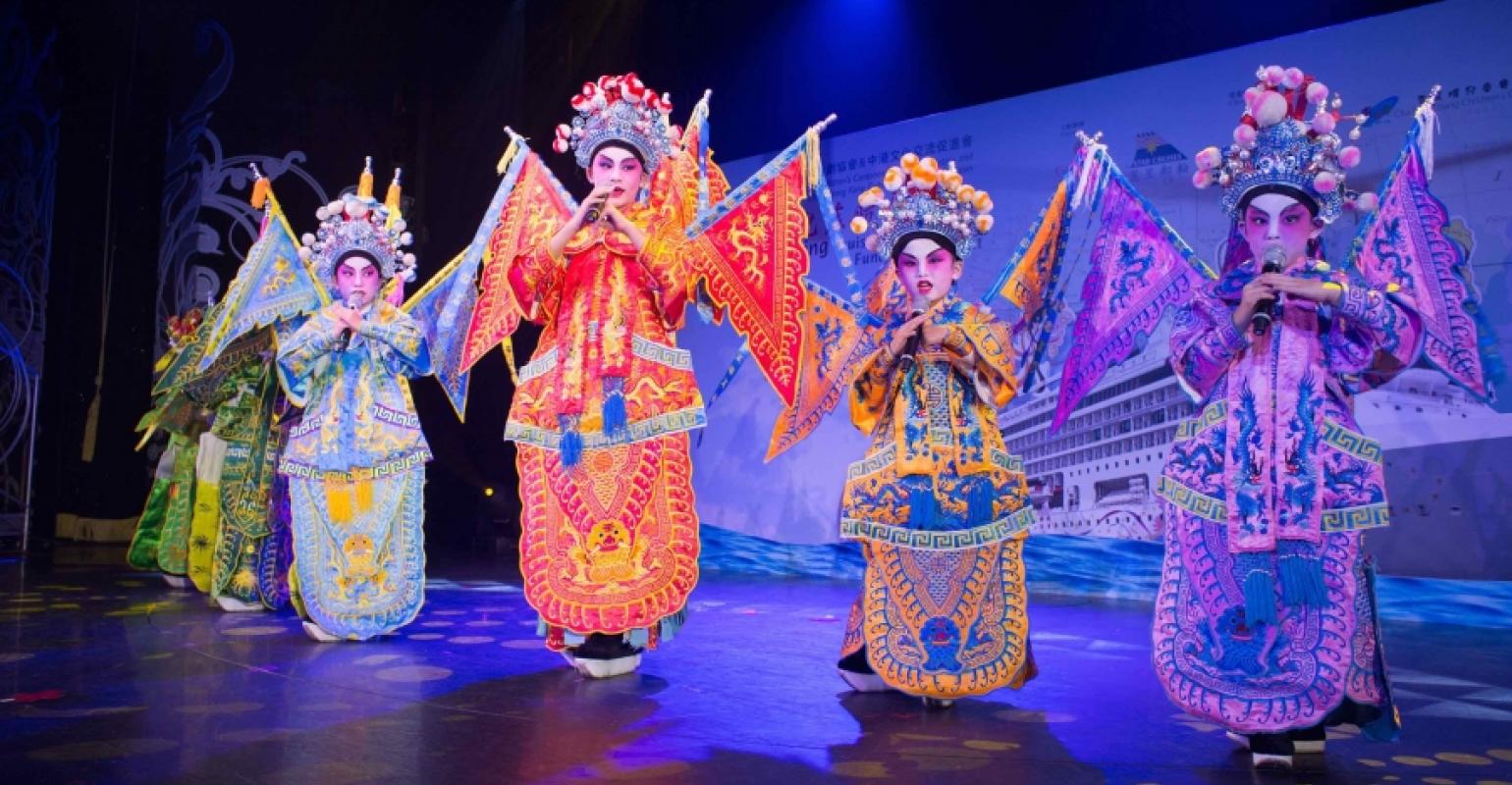 Tsang Jasper Yok-sing, president of the Legislative Council of Hong Kong, attended as the evening’s officiating guest, and took part in a Cantonese opera session on stage with the child performers from Cha Duk Chang to demonstrate traditional Cantonese opera gestures and movements. The event featured performances in Cantonese and English that reinterpreted Cantonese opera in a novel way.

'World class entertainment is a central part of the Star Cruises experience with both international and local acts regularly performing on board our various ships,' according to Genting HK's Blondel So, evp corporate services and country head of Hong Kong & Macau. He said the company wants to nurture the next generation of talent in the region and use its ships as platforms to introduce Chinese culture to a global audience.

The event was held Saturday in Hong Kong on the eve of SuperStar Virgo's 46-night Southern Hemisphere voyage. The ship will visit destinations in eight countries including Australia, Cambodia, Indonesia, Singapore, Thailand and Vietnam.