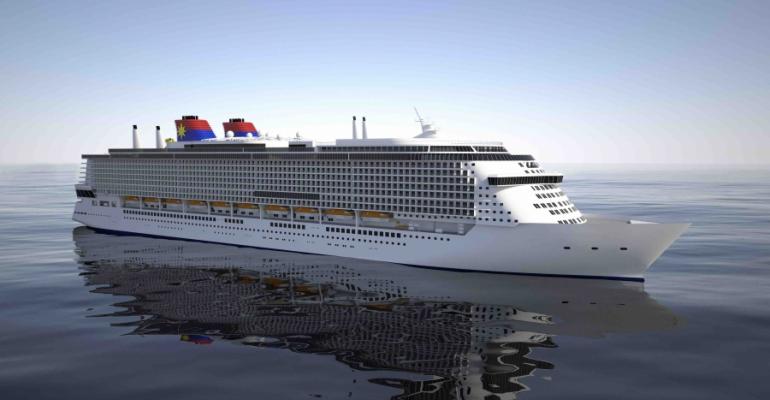 Genting Hong Kong bulked up its newbuild orders with Lloyd Werft Group, adding a pair of huge ships aimed at China's contemporary market for the Star Cruises brand. The order brings to 10 the number of newbuilds firmed by Genting HK in Germany, following the eight vessels for Crystal Cruises.

Star Cruises' 'Global Class' ships each measure 201,000gt, have 5,000 lower berths and are designed for worldwide cruising. And Genting HK indicated it's not stopping at two, stating that delivery will commence between 2019 and 2020, starting with one ship a year and eventually increasing to two ships a year. The first two vessels are tailored for Chinese tastes and will be deployed in the contemporary market.

These two ships will focus on delivering a 'world-class vacation experience for Chinese cruise passengers at an affordable price,' Genting HK chairman and ceo Tan Sri Lim Kok Thay said. He promised 'fun-filled on-board and on-land adventures in many cities in the most seamless way, without the necessity of checking-in and checking-out of airports and hotels.'

'Now it is time to come home and rebuild Star Cruises with a fleet of brand-new vessels,' Lim said at a signing ceremony in Wismar attended by various German state and government officials. This, he added, will 'transform Star Cruises to be the youngest, largest and most innovative cruise line in Asia and reclaim our leadership position with our Global Class series of quality-built mega-cruise ships.'

Genting HK has gradually reduced its stake in Norwegian Cruise Line Holdings to 11% and last year acquired Crystal Cruises with big growth plans for that brand. The company also launched Dream Cruises, aimed at the premium Asian market, with a pair of 150,000gt newbuilds from Meyer Werft on the way.

Genting HK acquired four shipyards in Germany to form the Lloyd Werft Group, which it said eventually will produce two mega-ships of more than 200,000gt each and a mid-size ship of 50,000gt a year.

The Star Cruises order capped two days of Genting HK-Lloyd Werft Group news that included firming the order for the first of three large ocean-cruise vessels for Crystal, a previously announced polar-class mega-yacht and the addition of two river vessels to the four already announced, plus the creation of a Lloyd Werft Group Design Centre in Bremerhaven.

In addition, steel was cut for the first four river yachts for Crystal.