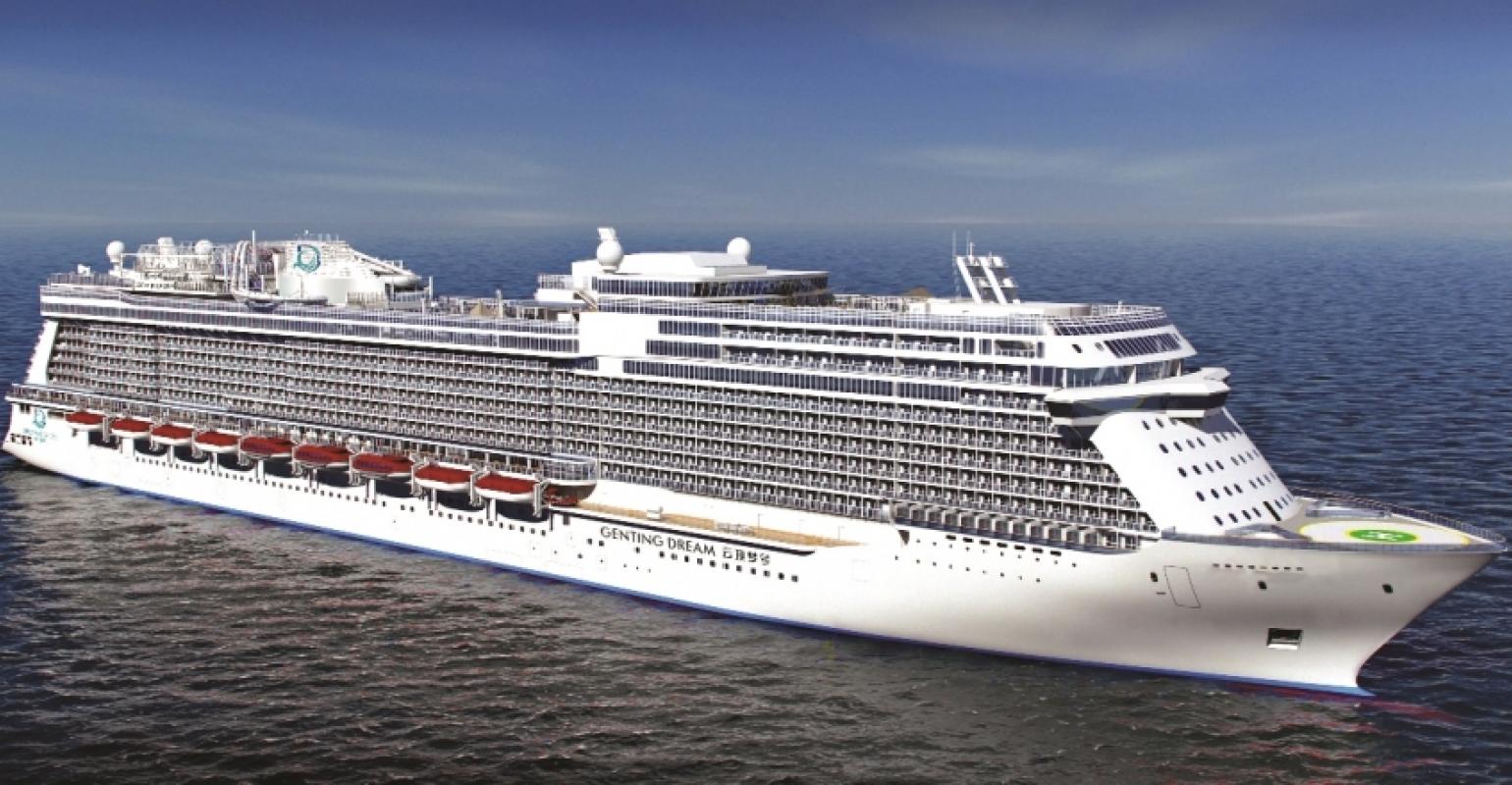 'Being the first company to offer cruises in China over 20 years ago with Star Cruises, we conceived Genting Dream three years ago to be the only purpose-built premium category new build for the Asian, and specifically Chinese, market,' Genting HK chairman and ceo Tan Sri Lim Kok Thay announced at an event aboard SuperStar Virgo.

He promised the most spacious ships in Asia Pacific and the highest level of service.

Until now, Genting HK's 2016 newbuild at Meyer Werft had been known as Genting World and was assumed intended for Star Cruises.

The ship will have two exclusive decks of 'Dream Suites' that measure from 32 square meters to 183 square meters. They'll come with European butler service and special privileges. Seventy percent of all the staterooms have balconies, and more than 100 are connecting rooms that cater to larger extended families.

Genting Dream will offer more than 35 restaurants and bars with a culinary emphasis on Asia, specifically for Chinese cruisers. There will be dining experiences from all the regional cuisines of China as well international favorites such as Japanese, Southeast Asian, Italian and more.

Recreation and enrichment offers include a variety of pools, six water slides, a 610-meter wrap-around promenade, play rooms, a ropes climbing course, a bowling alley, mahjong and card rooms and duty-free shopping. Daily activities from wine tasting to inspirational speakers are planned along with a full complement of health and wellness facilities, among them, Asian and Western Spas, a beauty salon, barbershop and health club.

Genting HK appointed Thatcher Brown as Dream Cruises' president. He brings a vast knowledge of international hotel and cruise experience and was among the first employees of Crystal Cruises when the company began 25 years ago.

'It is our mission to transpose the legendary six-star service standards of Crystal Cruises and to customize them to serve the fast growing Chinese market and all our Asian guests,' Brown said. All front line staff will be able to speak Putonghua, along with English, as the secondary language.

When it commences sailing in November next year, Genting Dream will have triple homeports in Guangzhou (Nansha Port), Hong Kong and Sanya. The ship will serve residents of the Pearl Delta and Hainan and domestic and international travelers flying into the airports of Guangzhou, Shenzhen, Zhuhai, Macau, Hong Kong and Sanya.