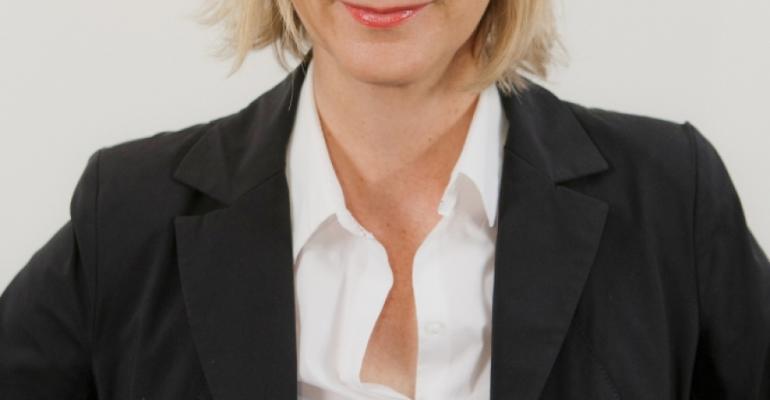 Making her debut at a cruise industry event: Wybcke Meier addressed the 2014 KreuzfahrtKongress

The German source market for ocean cruising, which recorded 1.69m passengers last year, could grow by over 70% inside seven years, according to a leading AIDA executive.

Speaking at the fourth KreuzfahrtKongress in Hamburg last night, AIDA's svp sales and yield management, Felix Eichhorn, predicted the three million benchmark could be reached by 2020.

Eichhorn, who is also chairman of the Shipping Council of the German Travel Association (DRV), added he was ‘optimistic’ about Germany overtaking the UK as  Europe's leading cruise source market in 2015 – if not already this year – and thus take over as the world's number two cruising nation behind North America.

Looking back on her first weeks with TUI Cruises, Meier described the company's successful development as a strong team effort.

Meier said she was looking forward to continuing this growth path, which will see TUI Cruises add three more ships in the next three years.

She stressed the line will retain its strategy as a purely German-language product during this capacity surge.

Looking at the river cruise sector, Phoenix Reisen's Johannes Zurnieden forecasted a ‘slight’ growth for this sector. Referring to challenges he pointed to low demand for Nile cruises and shrinking interest in voyages on the Russian and Ukrainian rivers, which used to be a fairly stable segment in the past.

Attended by representatives of operators, suppliers, ports and travel agents from across German, the KreuzfahrtKongress – which is held in German language – discussed topics ranging from market demographics and consumer trends to strategy development, destination development, as well as sustainability and ECA issues.

Also covered, a look at the UK and China source markets. In a video message from Dr Zinan Liu, vp China and Asia for Royal Caribbean Cruises Ltd, he felt, according to his own estimate, the Chinese market alone could generate 4m passengers by 2020.

Giving a detailed insight of the market, the Royal Caribbean executive said the focus on ex-China cruising is shorter voyages with an average duration of five nights. During transit calls, the participation rate in shore excursions often reaches 100%, he added.

Dr Jörg Rudolph, recently appointed md of RCL for Germany, Austria and Switzerland and Stefanie Hegener, head of marketing & direct sales Germany, Austria & Switzerland, RCL Cruises Ltd, Frankfurt/Main, described ex-China cruises as ‘a gold mine’ in terms of onboard revenues. The market is also highly attractive in terms of fares, with price levels up to 30% above European itineraries.