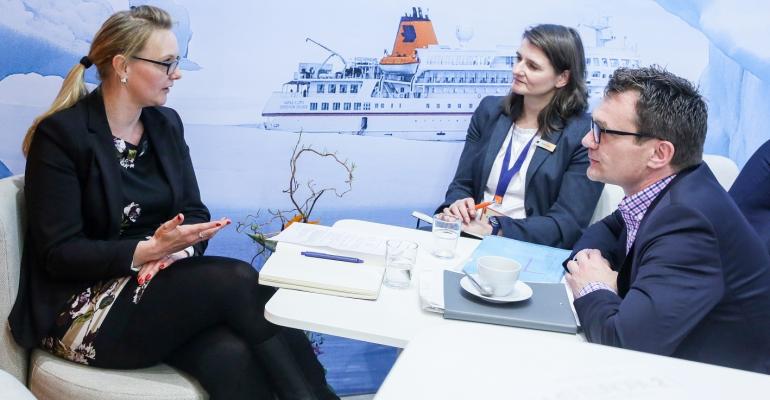 2017 was another record year for Germans cruising, with 2.19m people, an 8.4% increase, choosing a sea-going holiday.

This chalks up 12 consecutive years of cruise tourism growth, the German Travel Association (DRV) and CLIA Germany said at the ITB Travel Trade Fair in Berlin. Between 2007 and 2017, the number of German ocean cruisers has almost tripled.

Number of nights spent aboard rose 8.8% last year, while the average cruise duration—8.85 nights—remained almost unchanged. As in previous years, Germans preferred European itineraries: Three out of four cruised in the region, with northwest Europe leading the way with a market share of 28.1%, ahead of the Mediterranean (25.7%), the Caribbean (10.9%) the Atlantic Islands (9%), the Baltic (7.3%) and Africa/Near East (5.5%). Asia grew as a cruise destination for Germans but accounts for only 2.7% of the business.

Most cruises sold to the Caribbean or Atlantic Islands (50% and 42% respectively) are taken in the first quarter of the year.

Younger Germans, 20 to 39, preferred overseas destinations, with a notable 20.6% choosing the Caribbean. Families with children under 12, however, mainly chose European destinations. And 72.5% of the Asian itineraries sold in Germany are to passengers over 50. Not surprisingly, this group also supplies the vast majority—over 95%—of world cruisers.

The average age for German cruisers has held steady for the past several years and was 49.6 in 2017.