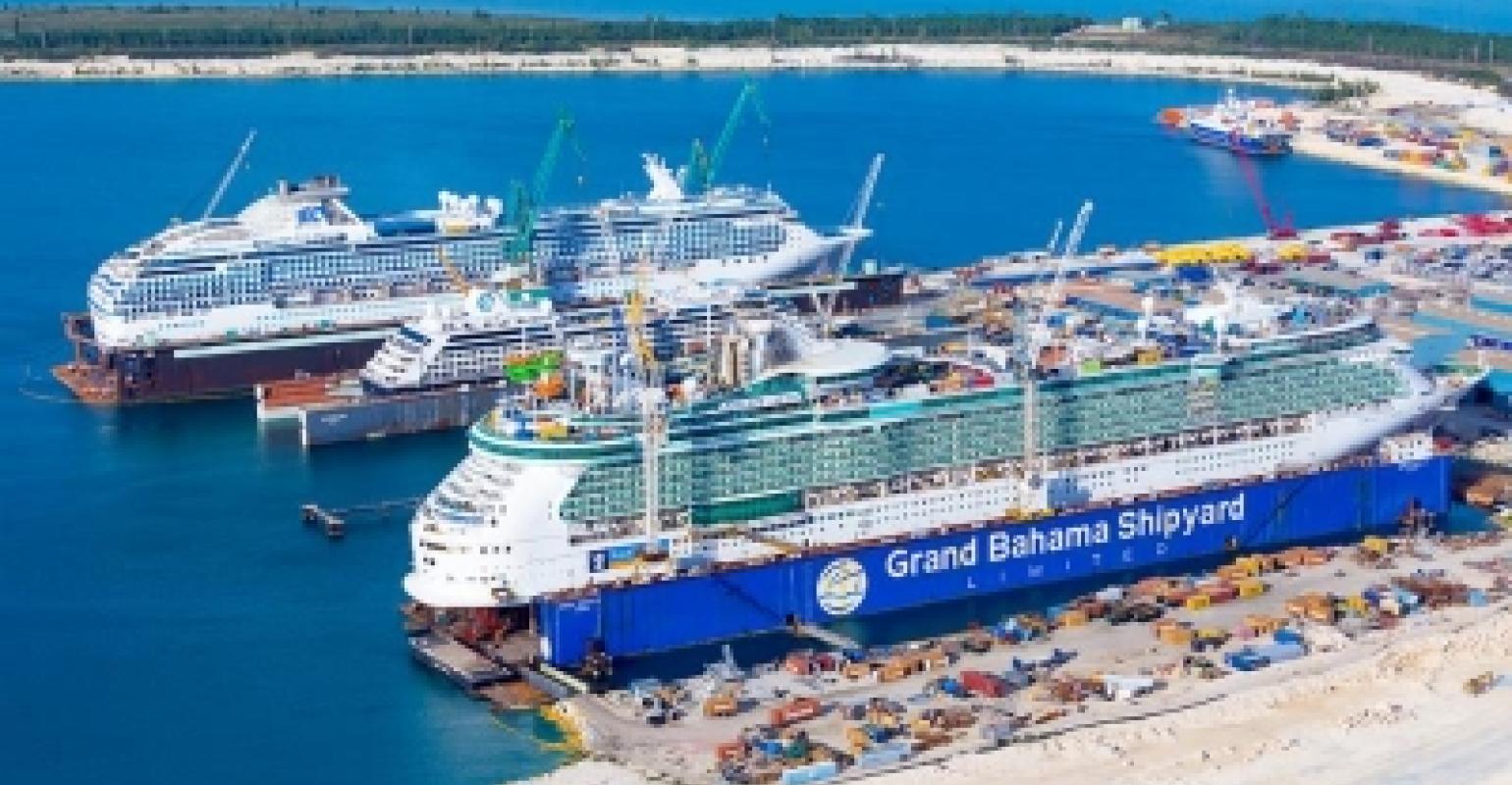 Ship is listing in the dock

Video and images show the crane smashed across the AquaTheater in the back of the ship, with Oasis of the Seas listing starboard.

'On Monday, we responded to a site incident at the Grand Bahama Shipyard, where Oasis of the Seas is currently in drydock,' Royal Caribbean said in a statement. 'Shipyard management has informed us of eight injuries, none of them considered life-threatening.

'We are aware of damage to the dock structure and to construction cranes,' the statement continued. 'We are assessing damage to the ship.'

Grand Bahama Shipyard, one of the busiest in the world for cruise ship repairs and renovations, has three drydocks; No. 2 is the largest.

Seatrade Cruise News was not immediately able to reach the shipyard.

Oasis service was to resume April 7

Oasis of the Seas has been based at Port Canaveral and was scheduled to return to service from there on April 7.

It is undergoing work in Freeport before heading to the Mediterranean in May for a summer season of cruises from Barcelona due to start May 5. Oasis will be returning to Europe for the first time since 2014.

'It seems likely that two weeks of sailings could be canceled if the ship has to be moved to another yard to finish its scheduled drydock,' UBS said in a note to investors, adding that Royal Caribbean would likely compensate passengers to the tune of what could be equivalent to almost another sailing.

'We estimate that four weeks of lost revenue on the 5,400-berth Oasis could add up to 12 cents to 15 cents per share, which would be about 1-2% of FY earnings and about 5-6% of Q2 EPS—and that seems like a worst-case scenario,' UBS analyst Robin Farley said.

'We would think it likely that the yard insurance covers the cost of any damage and that the yard insurance may even be responsible for some of the canceled sailings since they were contracted to have the ship back in service,' Farley added. 'So we emphasize that our estimate of EPS impact, which is fairly immaterial to the full year, may be a more negative scenario than the actual impact once insurance coverage is resolved.'