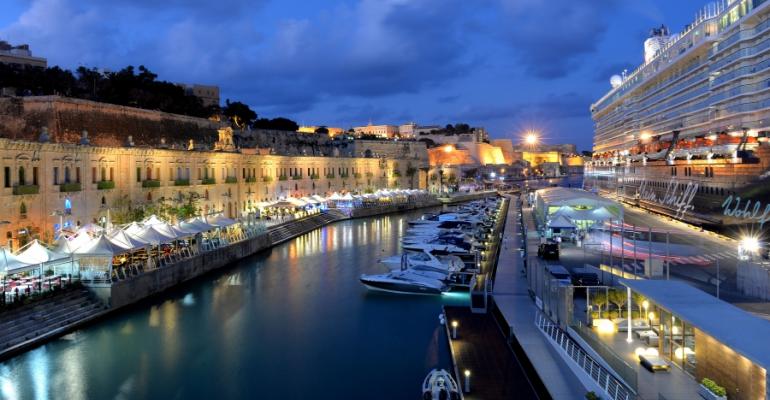 Global Ports Holding previously holders of a 10.14% stake in Valletta Cruise Port has confirmed the transfer of the purchase of further shares resulting in a 55.60%  majority stake in the Maltese company.

VCP took over the cruise and ferry terminal operations in Valletta in 2002 in connection with a 65-year concession agreement which was awarded as a result of an international tender issued by the Government of Malta.

The concession also includes lease of 48,000sq mtr of land and buildings adjacent to the quays. VCP, through its 90% subsidiary Travel Shopping Ltd. also runs duty-free operations in the port.

Total passengers predicted in 2016 are 750,000 with various cruise brands such as Carnival, Royal Caribbean Cruises, MSC, Celebrity, TUI Cruises, and Costa, calling at the island. Valletta is aiming to increase home porting activities up from around 20% currently.

Additionally there are plans to develop larger area office and retail areas, totaling 12,000 sqm within the concession territory.

GPH is also expected to finalise the addition of Dubrovnik's cruise operations to its growing portfolio resulting in it operating 10 ports in seven different countries with a total passenger throughput of 5m a year.