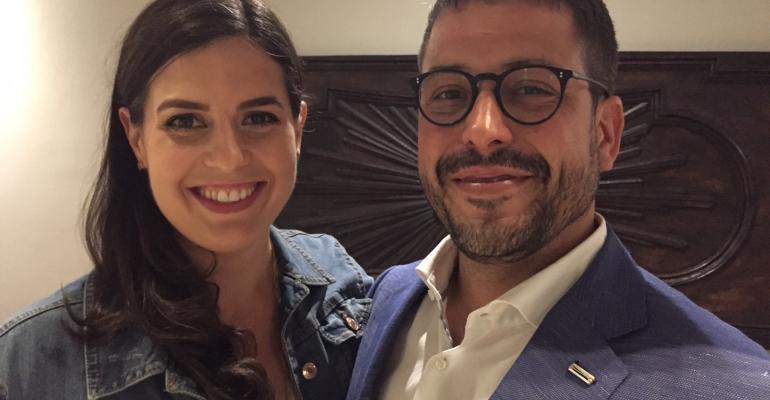 'We are living in a golden age', remarked Airam Diaz Pastor addressing his first MedCruise General Assembly as president of the port association.

Over 140 member ports, destinations and service providers from across the Mediterranean and its adjoining seas gathered in Valletta heard Diaz Pastor list capacity growth, closer collaboration between MedCruise and the cruise lines, and with the EU, the amount of investment being spent on new port infrastructure across the Med, as positives.

'However it can only be a golden age if it is golden for everyone and currently that is not the case for the ports in the East Med, Black Sea and North Africa,' he reminded.

There are positive signs that the Eastern Med is slowly starting to return to the map, noted Diaz Pastor, with some cruise lines planning calls to Turkey for 2019 and more commitments in 2020/21.

Michel Nestour, vp global ports & destination development, Carnival Corp also reiterated the 'golden age' theme but asked ports if they are ready for the huge hike in capacity that is coming?

A new cruise ship every 47 days

'If you remove all newbuilds under 600 lower berths from the equation you are left with 68 ships arriving between now and end 2027: that is one new medium to large ship every 47 days and whilst we are seeing investments in new terminals ranging from Lisbon and Barcelona, to Civitavecchia and Limassol, it takes a long time from planning a new facility to becoming operational,' Nestour reminded, citing the example of the company's recently opened Helix terminal in Barcelona which took six years from starting discussions through to inauguration.

In a separate panel, Ana Karina Santini, director commercial development EMEA at Royal Caribbean cited the example of Civitavecchia which took only 18 months to construct but eight years from starting discussions to finishing.

'It is so important to shorten the administrative procedures and planning processes,' she requested.

'It's not the construction period - it's all the rest of the procedures that slows it all down.'

Talking about challenges facing the introduction of next generation of LNG-powered ships which can carry over 6,000 guests in peak season, Steven Young vp port & shore ops Carnival UK highlighted: sourcing LNG supplies and services and for exiting terminal structures allowing for the overhang of lifeboats - which is up to 6.5mtr on the new ships being built for P&O Cruises.

'For homeports there is the issue of passenger flows through the terminal and getting them onto the ship within 5-15 minutes.

'For transit ports,' he said, 'more thought is needed on the process of getting 6,000 passengers off and into the destination: will security scanning be done onboard or ashore? do transit ports have the facilties to house this process? are there enough shuttle buses and mobilisation area? can shorex be staggered and has the destination got the capacity to match the large number of passengers arriving in a port?' are some of the main questions Young is asking ports.

Carnival Corp has nine new ships in five years and the delivery of these large ships is out-pacing the port invetsment commented Karin Plettner, head of port ops & experience Carnival Maritime, 'but having said that AIDAnova the first to arrive is being deployed in the Canary Islands later this year and a lot of collaborative work has been done with the ports looking at the nautical feasibility of handling these large ships and the berths having the technical elements such as the right bollards and berth infrastructure and of course, LNG is another layer of complexity.'

Regarding LNG supply, Tom Strang svp maritime affairs Carnival Corp & plc said its new ships will need 3,000 cu mtr of LNG a time which should last for up to 14 days cruising, dependent on speed and nautical miles covered.

'We will not be refuelling every stop and the only real way to do it is by barge,' he added.

Looking at supply, Strang said, 'there are only five bunker barges for LNG in Europe currently and Carnival will be utilising three of these.'

Capt Luigi Pastena, port captain & director port ops at MSC Cruises noted, 'we understand the depth of offer in the Med and we will never lose sight of that,' but he highlighted some of the environmental challenges facing operators as a result of different rules applied by different [EU] countries: 'we often don't know what fuel we can use because they apply different regulations and the same applies for rules governing garbage, black and grey water discharging.'

He said, 'starting in May 2016, MSC cruise ships have been using low sulphur fuel in all Med ports so as to avoid making any mistakes with the authorities.'

Without committing to any deployment plans for Virgin Voyages' newbuilds arriving in 2021 and 2022, Craig Milan vp itinerary planning & destination development said the Med is a viable option for the brand both for the appeal of its marquee and secondary ports and 'it is likely we will come to the region at some point.'

A return to Black Sea cruising is only likely when Istanbul comes back on the scene, panelists agreed.

Pastena said 11 day cruises from Genoa and Venice which sailed also to the Black Sea were very popular with guests and we will go back for sure.

Diaz Pastor praised the resilience and patience of Black Sea port members despite having limited or no calls in recent years: 'they have never stopped coming to our meetings and we have 14 Black Sea representatives at this GA in Malta promoting the region.'

He gave a nod to Istanbul, Odessa and Burgas, 'for spending money during the lean times to improve their facilities.'