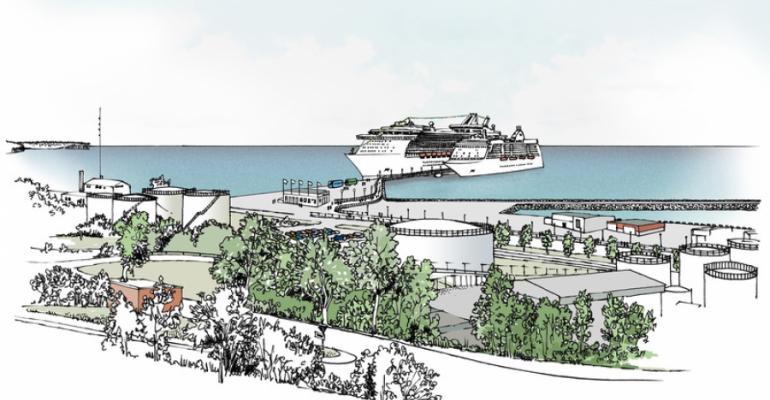 Region Gotland to invest $33m in a new cruise quay at Visby, with Copenhagen Malmö Port leasing the facility for 20 years

Region Gotland and CMP signed a lease agreement that entails the region investing around 250m Swedish kronor ($33m) in a new cruise ship quay, with CMP leasing the quay for 20 years.

'Now it's full steam ahead,' in the words of regional board chairman Åke Svensson. He said the construction project is proceeding with planning and various surveys on site and, together with the island's business community, Region Gotland will ensure the destination is ready when the quay is completed in 2018.

CMP brings long experience developing cruise ship ports, and the port in Copenhagen has received a number of awards, including Seatrade Insider 2014 Port of the Year, voted by an independent judging panel.

'We are looking forward to contributing our experience to the collaboration with Region Gotland. This is a significant undertaking for us as we can offer our customers a more attractive cruise route,' CMP ceo Johan Röstin said. He added that helping bring more tourists to Gotland is 'very satisfying.'

The marine archaeological surveys outside Kopparsvik commenced in November, and geotechnical surveys on the sea bed are scheduled in the spring. The actual construction is to start with dredging in spring 2016 and two years later the first cruise ships are expected to put into Gotland's new cruise centre.

CMP cruise manager Arnt Møller Pedersen said the start of the Visby project has been 'particularly promising.' He noted that building a cruise ship port and establishing an attractive cruise destination is an extensive operation, with a large number of public and private actors having to work well together.

'This is one of the most important reasons behind Copenhagen's success, and something on which we place a lot of importance,' he added.

From 2000 to 2012, the number of cruise passengers in the Baltic ballooned from 1.1m to 4.2m. A cruise ship quay in Visby is estimated to increase the calls to approximately 150 per year, carrying an average 1,700 passengers per call. Annual revenues generated from tourism have been estimated by a 2013 Sweco study as 90m to 130m kronor ($12m to $17m).

CMP, comprised of Copenhagen and Malmö, is northern Europe's leading cruise destination with some 346 calls a year and 800,000 passengers from more than 150 countries.