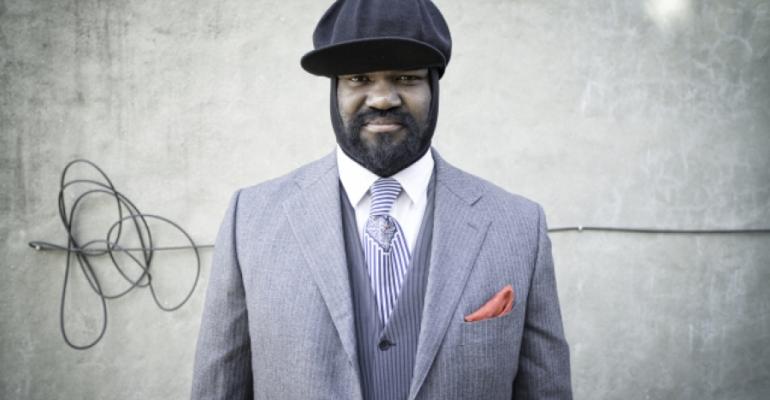 Gregory Porter - described as a jazz singer of 'thrilling presence, a booming baritone with a gift for earthy refinement and soaring uplift'

Grammy Award-winning singer and songwriter Gregory Porter is scheduled to perform on board Queen Mary 2 during the first Blue Note jazz-themed cruise, Oct. 29.

'This collaboration with Blue Note will be truly memorable for our guests and will give them a preview of more to come with Blue Note in 2016,' said Rick Meadows, Cunard North America president.

Porter, who signed with Blue Note Records in 2013, recently took home his second Jazz FM award for International Jazz Artist of the Year, and is most known for his third album, Liquid Spirit, which won the 2014 Grammy for Best Jazz Vocal Album and reached top 10 on the UK album chart.

The trans-Atlantic voyage also features other accomplished jazz musicians including Alan Hampton, Fredrico Peña, EJ Strickland, Mark Colenburg, Michael Aaberg and Michal Moreno. Don Was, president of Blue Note Records, who himself is a celebrated musician and Grammy Award winning producer, will conduct 'Behind the Music' interviews and question and answer sessions.

Natalie Cole, who was scheduled to perform, has canceled due to personal reasons.