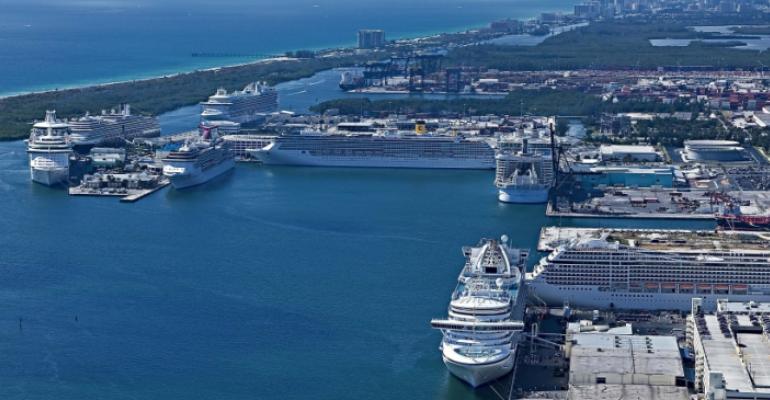 Port Everglades received clearance on Friday to begin the next phase of deepening and widening its channels. The project is to enable safe passage of deep draft post-Panamax cargo ships. The port already handles these vessels from Europe and South America, but the ships must be lightly loaded, which is inefficient, especially as older fleets are being replaced with much larger ships and the Panama Canal is being expanded.

Main features of the project are to deepen the main navigational channels from 42 feet to 48 feet (plus one foot required and another one foot allowable over depth for a total of 50 feet), and to deepen and widen the Entrance Channel and parts of the Intracoastal Waterway so that cargo ships can pass safely by docked cruise ships.

Port Everglades received a signed Chief of Engineers Report from the US Army Corps of Engineers that clears the way for beginning this next phase of deepening and widening its channels, and allows the project to be included in federal legislation expected in 2016 that will authorize similar water and navigation-related projects.

'After almost two decades of study and research, we are confident that the Corps has developed a plan that keeps Port Everglades competitive globally so that jobs are sustained and created locally,' Broward County Mayor Tim Ryan said. He added that the plan uses 'innovative solutions to address valid environmental concerns that have been raised by environmental stakeholders.'

At Broward County's recommendation, the Corps and the National Marine Fisheries Services developed a 'blended' plan that includes traditional and more innovative approaches to environmental mitigation.

'The natural underwater environment is a priority for Port Everglades,' said port chief executive and director Steven Cernak. He credited the Corps, the National Marine Fisheries Service and 'a multitude of environmental organizations for going back to the drawing board several times to develop an innovative approach to reef mitigation that will put Broward County in the forefront of environmental research and development.'

In addition, the mitigation plan includes restoring seagrasses and mangroves in West Lake Park, and building environmentally friendly bulkheads throughout the Southport Access Channel. These attributes have significantly reduced the project's environmental impact from what was first planned nearly 20 years ago.