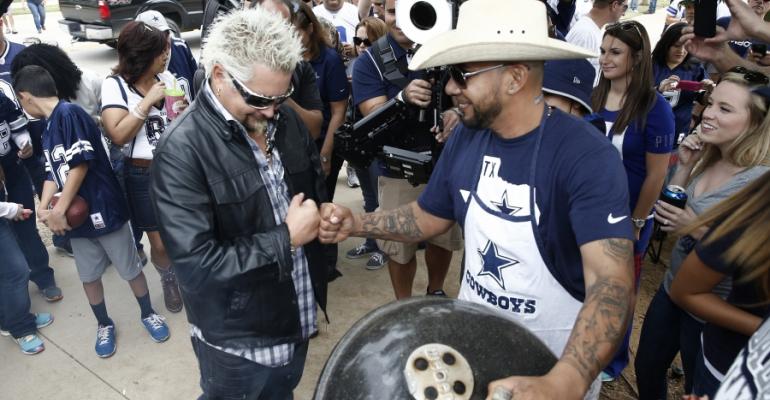 In addition to visiting tailgaters, signing autographs and offering his own grilling tips, Fieri judged the inaugural Burger Battle with entries from three Cowboys fans. Each won a free seven-day cruise on Carnival Freedom, which will be based year-round in Galveston beginning next year.

Fieri also served as emcee and introduced the concert by Rascal Flatts, among the headlining acts for the 2015 lineup the Carnival LIVE shipboard concert series.

The concert was heard by thousands of Dallas Cowboys fans in the stadium’s West Plaza and served as a prelude to the group’s three performances set for May aboard Carnival ships while docked in Cozumel.

A recap video of the day’s events is here.