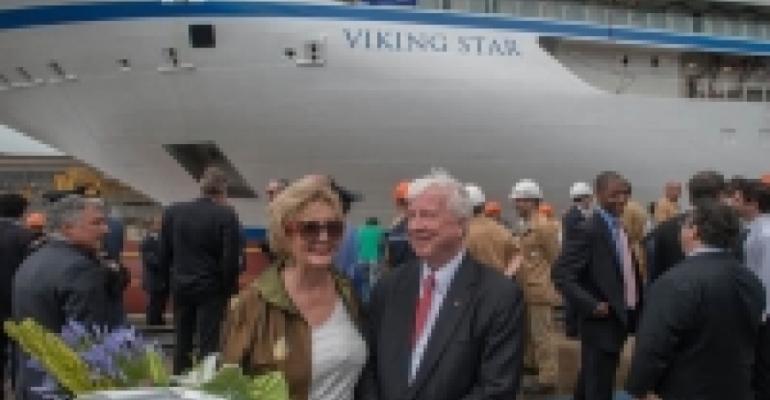 NRK said a police spokesman would not confirm the recommendations in a report to the public prosecutor, who will decide whether to proceed with charges.

Former Mayor Trude Drevland, who served as godmother for Viking Star in May 2015, had traveled to Venice with her son at Viking's expense for the ship's float-out in June the year before at Fincantieri's Marghera yard. She subsequently advocated for changes to Norwegian International Ship Register rules that enabled Viking Star's registry in Bergen.

Drevland wrote a letter on Viking's behalf to Minister of Trade and Industry Monica Mæland, a Conservative Party colleague.

The former mayor, who denies wrongdoing, has stated she helped Viking because it would benefit Bergen to have the ship based there, and maintains she would have done the same for any shipowner.

According to some news reports, the ministry asserted the rules would have been changed without Drevland's advocacy.

Viking Star's spectacular naming festivities took over the harbor and sparked some local controversy in that they coincided with Norway's national day, the 17th of May.

Port director Tangerås, who was suspended during the investigation, reportedly also flew to Venice and stayed a night at Viking's expense for the float-out but traveled back on the port authority's dime.

According to NRK, Tangerås said he made the trip as part of his job, to see the ship that would be homeporting in Bergen. He also denies wrongdoing.