Haifa Port ends the year on a high 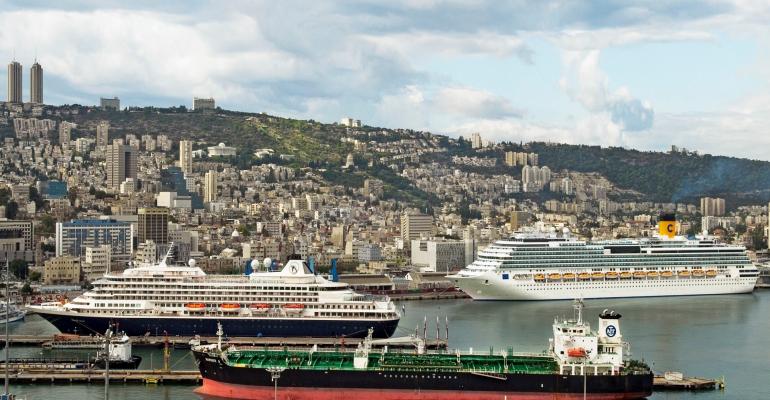 Haifa is a popular addition to itineraries transiting the Suez Canal heading to, or back from, Asia

The year has ended on a positive note for Haifa Port, Israel. November was a particular busy month with the port welcoming maiden calls from Viking Sea, Celebrity Constellation, Norwegian Star and Seven Seas Explorer.

Extended port calls were ever popular throughout the 2016 season, with the trend for overnights and multi-night calls showing no signs of abating.

In November, five ships stayed overnight and one ship for three days.Two calls in 2016 included a full turnaround.

Shore excursion participation numbers remains high, the average penetration rate being around 85%, according to the port authority.

The Suez Canal continues to be a strong strategic ally for the port and Haifa is a popular addition to those itineraries transiting the Suez Canal heading to, or back from, Asia.

A tourist ferry between Haifa and Acre is now in operation, adding additional tour opportunities to the list of land programs.

The port has also made huge strides in its marketing efforts and alongside the launch of its new website CruiseHaifa.com, a site dedicated to all that the port has to offer cruise guests, Haifa Port has also upped its social media presence using platforms such as Twitter, Facebook and YouTube to showcase Haifa city, the port and the surrounding regions have to offer cruise guests.

Looking ahead, there are a total of 60 calls scheduled for 2017, with 25 scheduled as overnight visits.