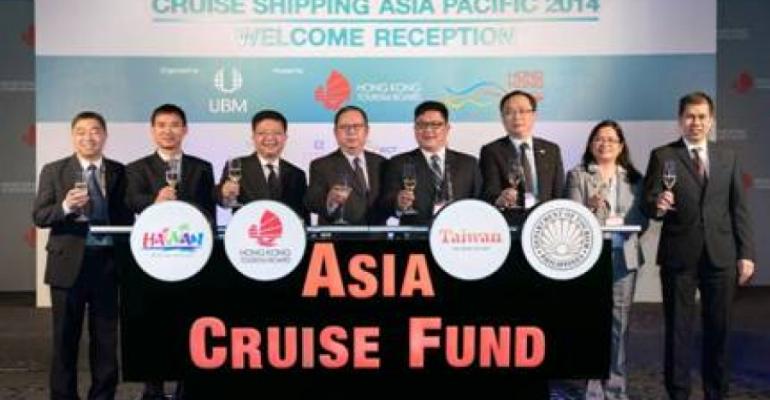 Founded in April, the Asia Cruise Fund promotes regional cooperation on cruise tourism with the aim of enticing more ships to the region.

The chiefs of the respective tourism organizations expressed excitement at strengthening the alliance.

When the HKTB proposed a cruise co-op fund, it envisioned an alliance that benefits not only cruise lines through marketing support but also member ports and the Asia region at large, HKTB chairman Peter Lam explained. The board was pleased to receive Taiwan’s support in February, which made the launch of the Asia Cruise Fund possible.

'We are excited that Hainan and the Philippines are joining us in our effort,' Lam said. 'We would like to thank them for their support for the fund and, above all, for their confidence in the Asian cruise industry.' He pledged the four destinations will work closely to encourage cruise lines and neighboring ports to join and leverage the fund to expand their business.

'We are confident that by linking the unique features of these four destinations, we will enrich the content of the Asian packages offered by cruise operators and strengthen their confidence in the Asian market,' added Wayne Liu, deputy director-general of the TTB. 'This will expand the scale and boost the competitiveness of this market, and further brighten the prospects of tourism in Asia.'

Noting the Philippines is now experiencing the burgeoning cruise business, attracting more and more calls to its many island destinations, Secretary Ramon R. Jimenez Jr. of the Philippine Department of Tourism called participation in the fund a significant step.

'There has been a dramatic influx of cruise arrivals to the country with an average growth rate of 40% over the last two years, which is expected to hit 50% by year-end,' Jimenez said. 'This performance milestone has served as the driving force for the Philippines to take on a more active role in strengthening the promotion of the region’s cruise industry.'

'The rich resources, advantageous location and favorable policies of Hainan have laid the foundation for the city’s cruise development,' he said. Participation in the Asia Cruise Fund is expected to help attract more cruise lines to develop more itineraries featuring Hainan.

Hainan and the Philippines will become official members of the fund in December and April, respectively.

At present, funding has been approved for a number of itineraries featuring Hong Kong and Taiwan developed by various cruise lines. The co-op fund’s four partners will work together to encourage the introduction of more cruise products, drive the development of the Asian cruise market and invite other ports in the region to enter this strategic alliance.