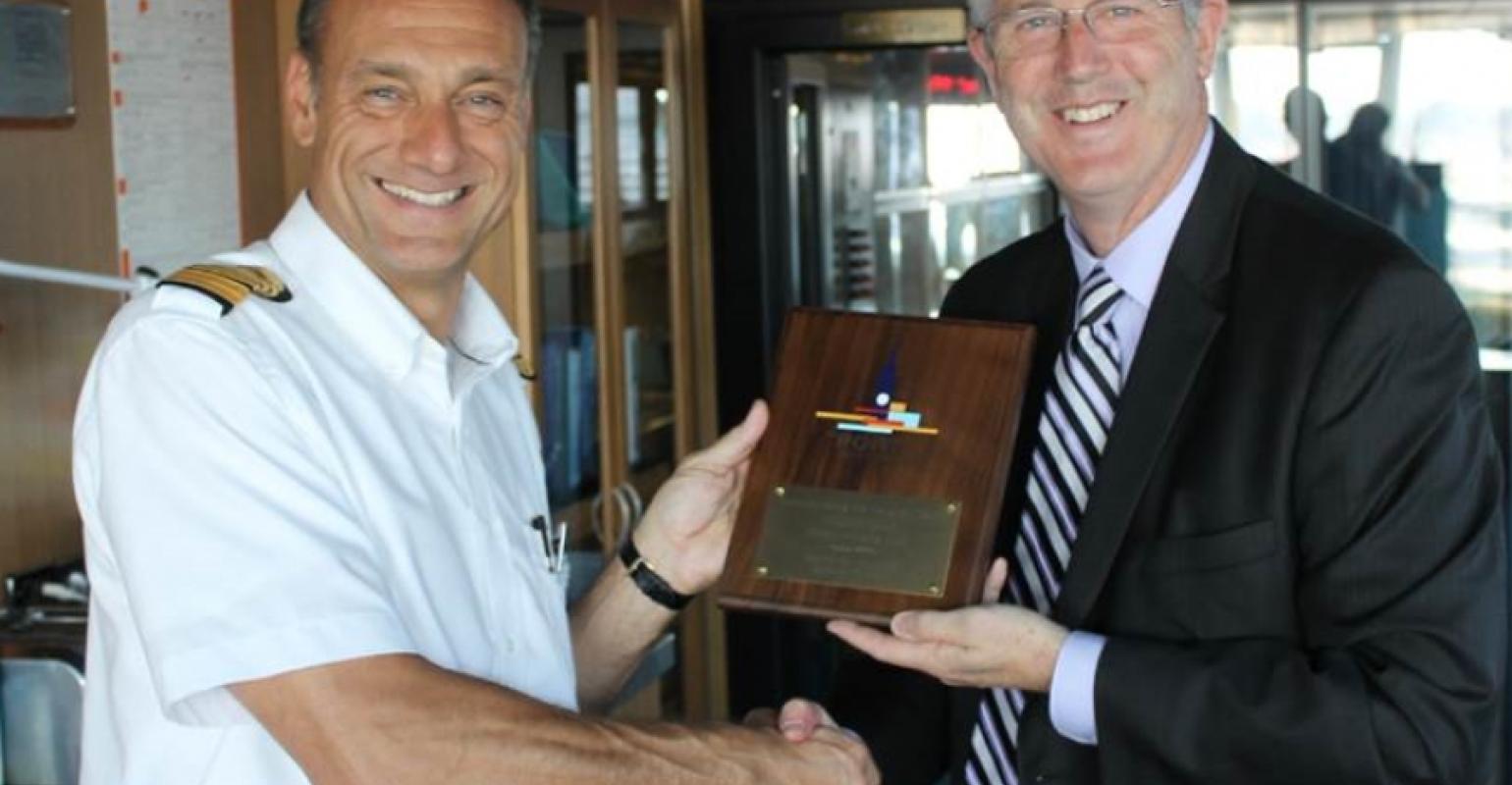 September was an outstanding month for the Port of San Francisco, according to maritime marketing manager Michael Nerney, highlighted by 14 cruise calls and the opening of the James R. Herman Cruise Terminal at Pier 27.

The month was capped with two Holland America Line ships calling on Sept. 30, Zuiderdam at Pier 27 and Westerdam at Pier 35.

It was the first time the 2004-built Westerdam visited San Francisco. The port presented a plaque to Capt. Rens van Eerten to commemorate the occasion.

Westerdam visited as part of a coastal voyage from Vancouver to San Diego, where it was scheduled to begin a seven-night Mexican Riviera cruise. A 15-night Panama Canal cruise to Fort Lauderdale will follow.