HAL chief may be new to cruising, but he knows 'human capital' 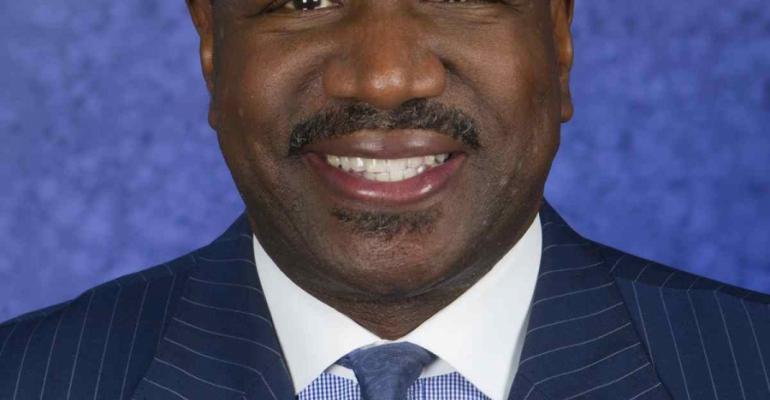 After the Seattle Seahawks' Super Bowl loss, at least Holland America Line employees know the boss feels their pain. Because new president Orlando Ashford relocated from the East Coast, there may have been concerns about a potential New England Patriots supporter in their midst.

Those were put to rest early on when Ashford donned a 12th Man (Seahawks fan) jersey on several 'Blue Fridays' in the office and at an employee rally.

Coming from a high-flying career in human resources and organizational development, Ashford may lack cruise experience, but he's certainly got the human touch.

'People are our most important asset,' he said. Not every company takes the actions to ensure workers are engaged—feeling a vested interest in the quality of the work they do and their organization's success. As he explained in his newly published book, 'Talentism,' when workers are invested, they are doing their best and reaping more satisfaction from their work.

He's focused on the human capital at HAL, because having a person with the right skill set in a job impacts the guest experience. 'At Holland America, that's always been great, but we can make it even better,' he said. This also will prepare a brand with a 140-year history for the future.

On the job for just two months, Ashford is already developing an action plan from the data gathered in an employee engagement survey. He's also spending a lot of time listening, and he plans 'coffee engagement sessions' with small groups.

'I'm very open. I like to circulate and engage with people,' he said.

Innovation, Ashford added, comes in 'small bits, series of small, executable steps' of putting procedures in place that foster that.

He sees Holland America's long legacy as a strength, along with being part of a Fortune 500 organization. Loyal guests and loyal employees—some who've worked for 10, 15, 20 or even 30 and more years—are assets, too.

'My job is to leverage, enhance,' Ashford said. 'This is not a turn-around, fix-it job. It's a grow and enhance job.'

To underscore Ashford's in charge, his boss, Holland America Group ceo Stein Kruse, moved out of the building to a cross-town office housing some Princess Cruises and HAL operations.

Kruse told Seatrade Insider he could have tapped into the company's own deep talent pool for his successor as president but he wanted somebody who could bring a different perspective. In Ashford's case, that's expertise in organizational structure, leadership development and human capital development.

In an entity as large as Holland America, with tens of thousands of employees, Ashford's skills will be 'invaluable,' Kruse said.

'My leadership, and [that of former HAL evp/current Seabourn/Cunard North America president] Rick Meadows, have established a company with incredible core competencies. It's a well-running entity. What I was looking for in the next phase of Holland America Line was not to replace Rick or myself but to take the organization to another level,' Kruse explained. 'Orlando will help revitalize and re-engineer.'

Ashford is not daunted about coming in at the top in a business he doesn't know. 'I've taken on big roles at big organizations before. I like a challenge,' he said. 'The cool thing is I'm inheriting a brand with lots of people around me with deep knowledge of the cruise industry.'

Some years ago, Ashford moved his family with two young sons from Atlanta to Istanbul to take charge of the Coca-Cola Co.'s human resources group for 90 countries in Eurasia and Africa. He managed 'everything from Moscow to Cape Town,' and interacting with so many different cultures changed his life in terms of personal and professional growth.

Prior to HAL, he was president of the Talent Business Segment for global consultancy Mercer, and living in Connecticut. Previously he served as svp, chief human resources and communications officer of Mercer's parent, Marsh & McLennan Companies. Before the Coca-Cola job, he was vp global human resources strategy and organizational development for Motorola.

Born in Bangor, Maine, Ashford grew up in Pennsylvania and New Jersey, graduated from Indiana's Purdue University (coincidentally, Kruse's alma mater) and has worked in New York, Chicago, Montréal and Toronto, in addition to Atlanta and Istanbul.

Ashford met Carnival Corp. & plc chief executive Arnold Donald through the Executive Leadership Council, whose mission is to raise the number of black executives in senior corporate roles. Before Carnival, Donald led the Council. Ashford served on the board.

Kruse said Ashford had been invited to try for several positions within Carnival Corp. He'd been interviewed by chairman Micky Arison who urged Kruse to meet him.

During the interview process, Kruse said Ashford gave valuable input on the structure of the Holland America Group and plans to create a shared services team.

The shared services concept takes a page out of Arnold Donald's corporate playbook about 'leveraging our scale,' Kruse said. 'Orlando was supportive of that idea.'

Within days of joining HAL Ashford was aboard his first cruise, a Centurions sailing for top-producing travel agents. He enjoyed jumping in to 'experience the product and spend time with our travel agent partners and understand the critical role they play.' He even gave a talk about one of the themes in 'Talentism,' the role technology will play in connecting people and jobs.

Some of the agents have invited him to speak to their organizations.

Early on at Seattle headquarters Ashford had been introduced at town hall sessions where employees had the opportunity to ask questions. A video was sent to the ships and overseas offices.

'He's very gregarious, very outgoing, with a great sense of humor,' Kruse said. 'He laughs a lot. I have a feeling he will be out and about a lot, interacting.'

Sally Andrews, vp public relations, described Ashford as 'very visible,' dining in the company lunchroom and talking with everyone. But the biggest thing was his wearing the Seahawks jersey.

Ashford is the first African-American president of a cruise line, adding to the Holland America Group's already diverse leadership team. When it comes to people of color, gender or sexual preference, 'I'm completely colorblind,' Kruse said. 'I believe in diversity. It creates its own set of positives and enhances operational excellence.'

And the message this sends to employees is that 'we as Holland America and Carnival Corporation are a place where people of any background can succeed ... There are no limits in our organization.'

That sounds like a page out of Ashford's book.