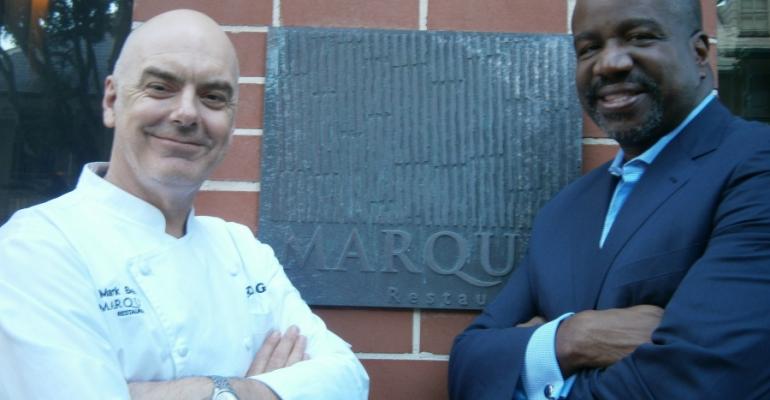 This week Orlando Ashford made his first trip to Australia, his company’s second largest source market after North America, since becoming president of Holland America Line just over a year ago.

Ashford and Jerrol Golden, deputy director of international public relations, arrived in Sydney on Monday and join the 1,380-passenger Amsterdam tonight for the  sector to Singapore on its 2016 world cruise.

On Tuesday night he hosted an exclusive media dinner at Marque, the award-winning restaurant owned by Mark Best, the Australian representative on HAL’s culinary council.

Best, who gave cooking demonstrations aboard Noordam during a seven-day cruise to Alaska last September, will  be on board HAL’s newest ship, the 2,650-passenger Koningsdam, when she sails from Rome on May 7 for her naming ceremony in Amsterdam.

Golden told the journalists that HAL’s entire culinary council of top-name international chefs will be on board Koningsdam for a four-day round cruise from Fort Lauderdale to the Caribbean on November 9.

Ashford, who made his first cruise shortly after becoming president of HAL,  said one of the changes he has implemented was to transform the dated Northern Lights disco area into an art-filled  bar called the Gallery Bar.

He said he had noticed that the disco was not heavily utilised and said  the new bar will have a much broader appeal.

He said as well as keeping true to the nature of the 143-year-old brand, he wants to attract a broader demographic, including first-time cruisers.