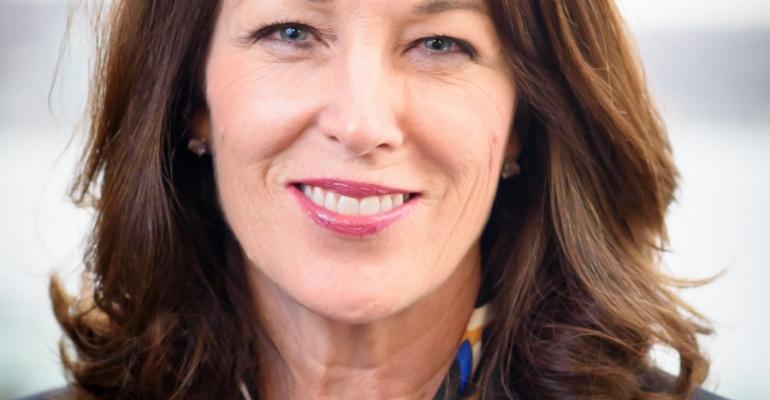 Lynn Ledwidge has championed cruising in Halifax for three decades

Starting in the 1980s, when annual passenger numbers were only in the thousands at Halifax, Nova Scotia, Lynn Ledwidge embraced cruising's potential and championed it with the city. Today, as she retires from 32 years of marketing Halifax as a tourism destination, cruise counts are consistently a quarter million passengers a year.

'It was an evolution bound to happen, whether I was involved or not,' Ledwidge modestly said. But others praise her contribution.

'We are so lucky to have had Lynn represent Halifax and our cruise industry for as long as we did,' said Dennis Campbell, ceo, Ambassatours Gray Line and Murphy's The Cable Wharf. 'Because of Lynn and all that she has done, Halifax is a far better place with more and better business continuing to come to the region and benefiting so many companies and families.'

Jennifer de la Cruz, vp corporate communications, Carnival Cruise Line, called Ledwidge 'an incredible ambassador for Halifax tourism and a true cruise industry partner.' She said 'Lynn and Halifax go in the same sentence,' adding that 'her smile lights up the room' and 'her warm, friendly demeanor combined with her passion for cruise tourism have made her an absolute pleasure to work with' over many years.

In the 1980s Ledwidge was managing leisure tourism sales for Halifax when Patricia McDermott, who led marketing at the Port of Halifax, asked the city if a tourism representative could attend the annual Seatrade conference in Miami. Ledwidge was sent in 1989, and she came back fired up, with a then-bold request for $20,000 to develop the cruise area.

In her job, which included responsibility for visitor information centers, Ledwidge had already noted the changing visitor patterns and how Halifax was ideally situated geographically to benefit from cruising.

'This was an opportunity for Halifax to embrace the visiting public and grow the customer base because if they had a very good experience we hoped they would return, either on another cruise or a land-based trip,' she said. Her boss, Lewis Rogers, agreed and cruise became a budget line item.

Ledwidge drafted a cruise marketing plan that envisioned working with other ports in Atlantic Canada. That cooperative approach fit right into the mandate of the Atlantic Canada Opportunities Agency, which fosters regional development.

'It was a win every year,' Ledwidge said. '[The cruise sector] was always demonstrating growth. It's been a great economic engine for our destination.'

A real change point came in 1997 when the Atlantic Canada Cruise Association was formally launched, with ACOA's support. Ledwidge was the founding chairman. Saint John, New Brunswick, hosted the first Canada/New England Cruise Symposium in 2000, and it has thrived as an annual event rotating to a different city ever since.

For the past half dozen years or so, as marketing director for Destination Halifax, Ledwidge has served on the ACCA board and worked with tour operators, ships' agents, the port and other stakeholders and partner destinations like Saint John. ACCA takes on regional challenges and opportunities and has carried out joint marketing programs with cruise lines.

A key goal is stretching the cruise season beyond the fall foliage period. 'We have a fabulous six-month season in Halifax, and Atlantic Canada has the opportunity to see shared traffic growth in those beautiful months,' Ledwidge said.

She's represented Halifax at every Seatrade Miami/Fort Lauderdale convention but one since that first in 1989, and at many Seatrade Europe and Seatrade Med shows. In the early days at Miami, the Canada/New England ports started a street fair with food and drink, and a piper from the 78th Highlanders drew a crowd.

Back home, Ledwidge and the port's McDermott went to city hall to advocate for building a sidewalk from the cruise terminal to the city. Today the Halifax Boardwalk extends far along the waterfront and is the most visited attraction.

'We're really shaped by our maritime heritage and I'm a proud Haligonian,' Ledwidge said. 'Our waterfront plays a huge role in our identity,' she added, and cruise traffic, from the largest ships to the smaller ones that turn around at the Cunard Centre and, increasingly, large yachts, are an important part of that.

In her updates to cruise lines and media, Ledwidge has been touting 'our Smithsonian on the waterfront,' the new location for the Discovery Centre, opening in January. 'It's really nice to see that kind of evolving product that cruise passengers can enjoy for years to come,' she said.

A strong cruise sector has helped Halifax in many ways. Businesses like Ambassatours Gray Line were built on it.

Dennis Campbell said Ledwidge is one of the first people he met when starting his company 29 years ago. He called her a steady presence and 'incredibly positive, energetic and professional in every way ... one of those very rare people that never seems to get frustrated or jaded. I love her enthusiasm and zest.'

In fact, cruise-related work has been just 5% to 8% of Ledwidge's Destination Halifax job, 'but I've tried to make the most of it.' Other areas she's proud of include making Halifax a welcoming destination for LGBT travelers and for new Canadians of Chinese descent. And great satisfaction comes from the regional effort that's put Atlantic Canada in the cruise charts.

Ledwidge wraps up today at Destination Halifax by participating in a maiden call plaque ceremony for Norwegian Breakaway. She's handing over to Erica Pellerin, new director of marketing and communications.

Destination Halifax president and ceo Ross Jefferson has encouraged Ledwidge to look at contract opportunities, and she hopes to continue as a liaison for the cruise sector.

'One of the biggest take-aways for me as I retire from full-time work with a great organization—and I've loved every minute—is that relationships mean a lot,' Ledwidge said. She'd like to keep helping tourism entities get their 'bucket-list-worthy travel experiences to market.'

Specifically, she aims to become an 'experience broker.'

'This corner of the world has such amazing product, and I want to take the fear out of packaging it. I want to help find ways to be creative and help companies that create such great experiences for people.'