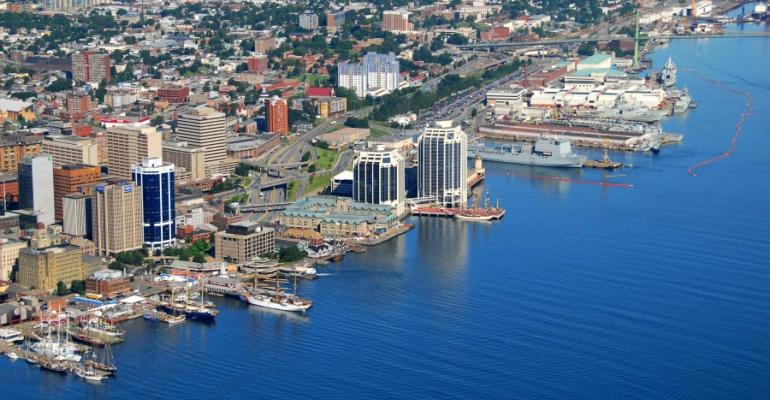 The shore power system to allow cruise vessels to plug in during calls at the Port of Halifax is now complete and fully operational. Ruby Princess successfully connected on Sunday, according to Cathy McGrail, the port's cruise development manager.

This initiative represents the second shore power installation for cruise ships in Canada, following that at Port Metro Vancouver.

The shore power project at Halifax is part of a $10m cooperative initiative between the government of Canada, the province of Nova Scotia and the Halifax Port Authority. The tariff was developed in partnership with Nova Scotia Power.

'This is a very positive development for Halifax and for Nova Scotia for economic development and environmental sustainability,' said Minister of Transport Lisa Raitt. She added that the cruise industry in Halifax is a major contributor to tourism in Nova Scotia and the investment shows the Canadian government is committed to developing this industry in an environmentally sustainable way.

'We are excited to be able to offer this service to our partners in the cruise industry, and we look forward to our continued work together as we further develop the cruise industry in Halifax,' said George Malec, vp business development and operations, Halifax Port Authority. He acknowledged the port's funding partners, industry partners and employees for bringing the project to completion.

Testing of the shore power system has been under way since the end of September. It is now fully operational and ready to be used by shore power-equipped cruise vessels calling at Halifax. Port officials anticipate more than 25 shore power connections during the 2015 cruise season.