Halifax man is HAL's 'Dancing with the Stars' champion 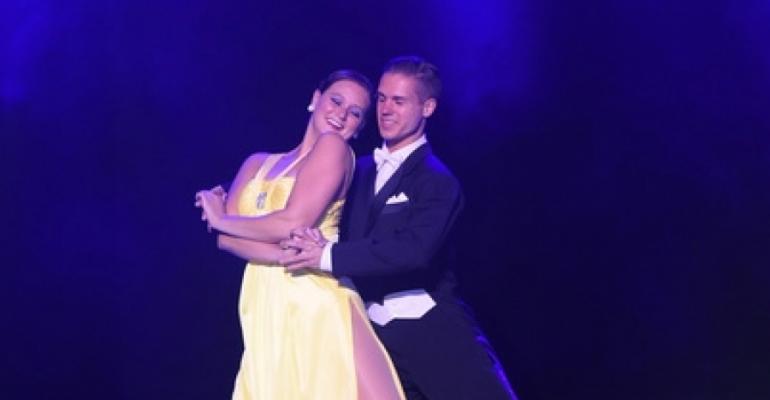 Brenton Mitchell was crowned after competing against 14 other passengers during the Dec. 6 Champions Cruise aboard Westerdam. He represented Nieuw Amsterdam.

Mitchell danced in the ship's main show lounge in three elimination performances before making it to the finals where he executed a waltz and tango with shipboard dancing partner Whitney Szabo in front of a judging panel that included 'Dancing with the Stars' professional dancers Kym Johnson, Artem Chigvintsev and Sharna Burgess and actress Sabrina Bryan.

Before Mitchell was named champion in the final round, three elimination rounds were held to whittle the 15 competitors down to three finalists. Ian Alldritt of Nepean, Ontario, representing Zuiderdam, and Matthew McGloin of New York City, representing Eurodam, also advanced from the early rounds to the final competition.

Joining the Champions Cruise to perform in a special production show were ABC's 'Dancing with the Stars' professional dancers including two-time 'Dancing with the Stars' champion Kym Johnson, Sharna Burgess and Artem Chigvintsev. Celebrities who have previously appeared on the show and performed on board included actress Sabrina Bryan and television personality Carson Kressley.

HAL's partnership with 'Dancing with the Stars' features the shipboard program through the 2015 to early 2016, culminating with another Champions Cruise competition on Nieuw Amsterdam's Jan. 10, 2016, western Caribbean sailing. Winners from sailings throughout the year could be chosen for a free cruise to represent their ship on the next Champions Cruise.