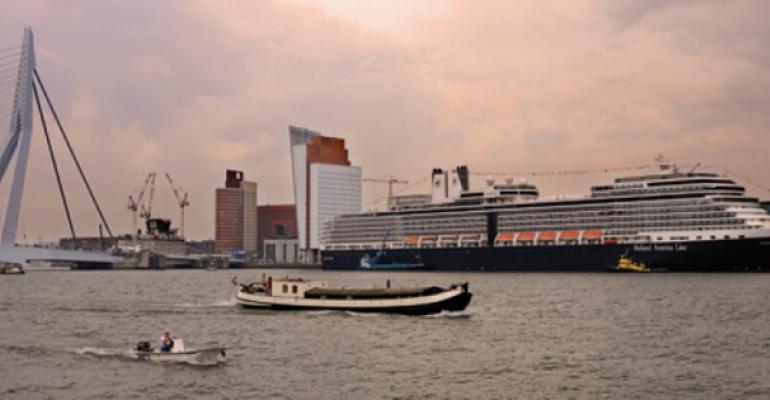 Holland America Line will deploy eight ships in Europe next year, the same number as in 2014, on sailings of seven to 50 days. There will be 99 departures of 62 itineraries, compared to 105 departures of 57 itineraries this year. Three new routes, four maiden calls and overnight visits at 21 cities are highlights.

The Europe fleet will include two Signature-class ships, Nieuw Amsterdam and Eurodam, as well as Maasdam, Prinsendam, Rotterdam, Ryndam, Veendam and, new for 2015, Zuiderdam, which will sail in the Mediterranean.

'Having eight ships in Europe enables us to reach every corner of the region—from the top of Norway to the beaches of Turkey and everywhere in between,' said Rick Meadows, evp marketing, sales and guest programs.

Itineraries include northern Europe and the Norwegian Fjords, Iceland and the Baltic, the British Isles, Canary Islands, Italian and French rivieras, Iberian Peninsula, Black Sea, the eastern and western Mediterranean and Atlantic crossings.

Maiden calls are scheduled at Alta, Norway, which bills itself as the northernmost town in the world; Paamiut (Frederikshåb), Greenland; Igoumenitsa, Greece; and Canakkale, Turkey.

Many of the cruises can be extended into 'Collectors’ Voyages' of 14 to 35 days.

New itineraries include an 18-day 'Canary Islands Discovery' that returns in 2015 on Rotterdam, departing April 21, round-trip Rotterdam. The ship visits Funchal on the island of Madeira and explores other ports in Portugal plus Spain and northern Africa. An overnight call is scheduled for Santa Cruz de Tenerife in the Canary Islands.

Also new is a 14-day 'Northern Isles' cruise by Ryndam on June 20 and Aug. 1, round-trip Harwich. It makes six calls in Iceland and three in Norway, with three days of scenic cruising.

And a 21-day 'Mediterranean Adventure' on Ryndam sails Sept. 12 from Harwich to Venice, calling at ports in Spain, Portugal, Italy, Greece, Croatia and Montenegro. Segments of 10 to 20 days are available.