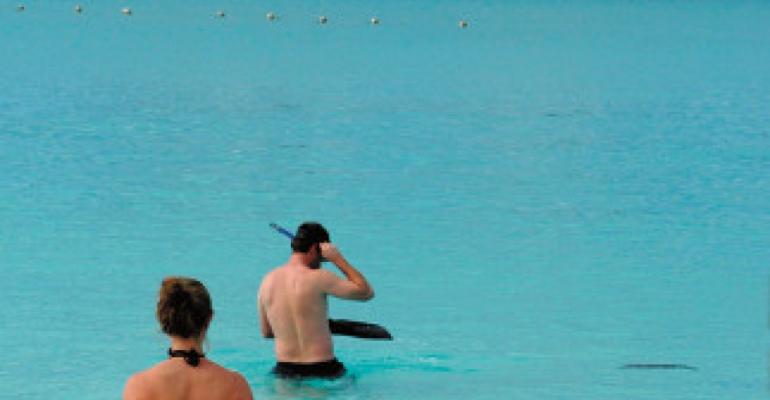 Half Moon Cay - a stop on all HAL cruises from Port Everglades (Photo: Holland America Line)

Holland America Line is fielding seven ships in the Caribbean for the 2015/16 season on 98 departures, down from 126 in the 2014/15 season. Round-trips from Port Everglades and Tampa range from seven to 21 days.

From October 2015 through April 2016, Eurodam, Maasdam, Nieuw Amsterdam, Oosterdam, Veendam, Westerdam, Prinsendam and Zuiderdam will offer seven-, 10-, 11-, 12- and 14-day cruises that can be combined into longer 'Collectors’ Voyages' of 14 to 21 days. The itineraries span the Caribbean and include a partial Panama Canal transit.

In addition to 14-day 'Collectors’ Voyages,' other itineraries can be combined for diverse options such as a 21-day southern journey on Oosterdam, a 21-day southern and eastern sailing on Maasdam and a 17-day double eastern route, also on Maasdam, that doesn't repeat ports.

Zuiderdam's Fort Lauderdale round-trips provide a partial Panama Canal transit. The ship makes its way to Gatún Lake for a day of scenic cruising. During these 10- and 11-day sailings the ship also visits several Caribbean ports.

Veendam returns to Tampa in January 2016, replacing Ryndam. The ship will spend the season on seven-day western and 12- and 14-day southern itineraries. The seven- and 14-day options can be combined for a 21-day 'Collector's Voyage.'