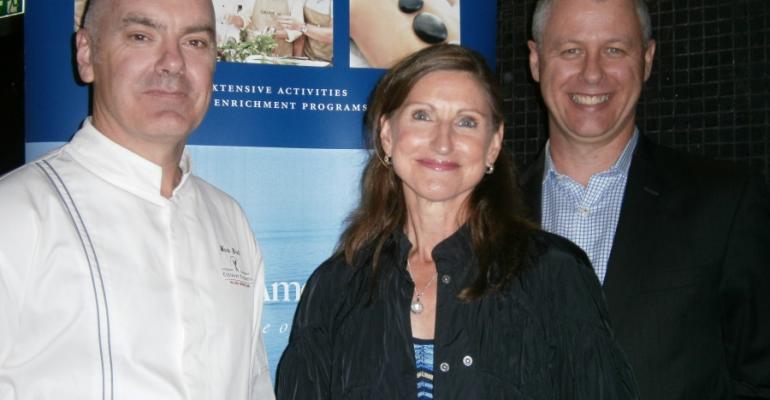 As Archbold pointed out, Koning is Dutch for king and the new Pinnacle-class ship is a salute to King Willem-Alexander, the Netherland’s first king in more than 100 years who ascended the throne when his mother abdicated in 2013.

Best, who opened Pei Modern in Melbourne in 2012, is the Australian representative on Holland America Line’s culinary council, a team of top-name chefs from around the world who oversee the dining experience throughout the fleet and whose signature recipes are featured on the menus.

Golden came to Sydney last Sunday from Singapore where she had hosted a round cruise familiarization for international journalists from Australia, Holland, Belgium, Austria and the United States. She returns to Seattle on Friday.