HAL's Koningsdam to debut in the Mediterranean 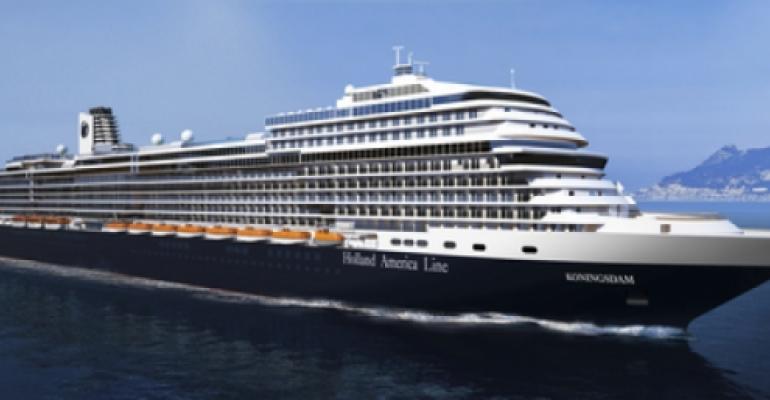 Holland America Line's Koningsdam will debut in Feburary 2016 in the Mediterranean with a seven-day 'premiere voyage' from Civitavecchia (Rome) followed by a series of 12-day 'premiere sailings' through early May. Bookings for these voyages open Dec. 1, 2014.

HAL said details on Koningsdam's summer and fall 2016 cruises are being finalized, and information will be released in the coming months. Cruise fares on premier sailings start at $999 per person, double occupancy. Taxes are additional.