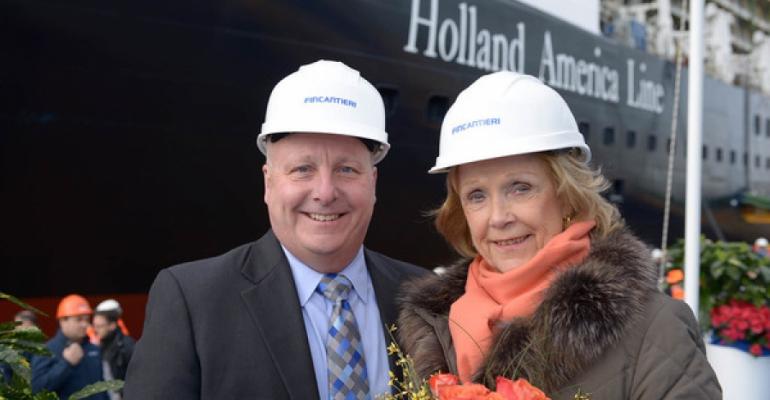 Holland America Line's Koningsdam was floated out of its drydock and transferred to the outfitting dock at Fincantieri’s Marghera shipyard.

Construction and interior furnishing will continue leading up to the delivery, scheduled for March 31, 2016, instead of February, as originally announced.

A coin ceremony also was held in late February when Tineke Schröder, wife of the founder of Dutch airline Martinair and a member of Holland America Line’s Mariner Society, served as the ship’s madrina.

Two gold coins were welded to the forward mast of the ship by Schröder, shipyard director Antonio Quintano and Keith Taylor, evp fleet operations for HAL.

Koningsdam is now scheduled to sail its premier voyage April 8, 2016.