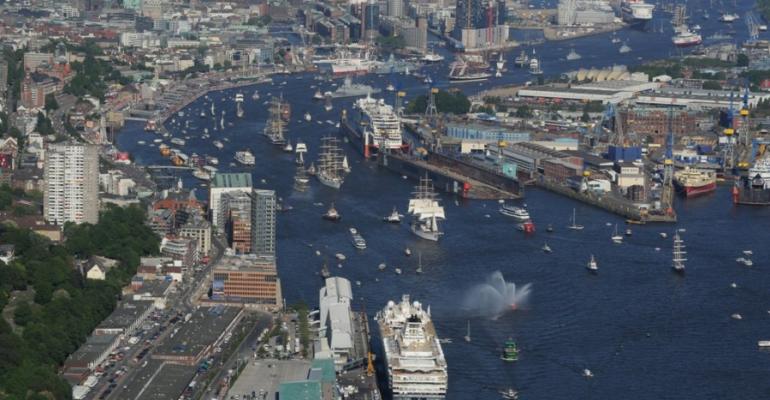 Surface construction work on the site of Hamburg’s third cruise terminal at the Kronprinzkai in Steinwerder began with a ground-breaking ceremony. Hamburg Port Authority is building Cruise Center 3—'CC3' for short—in cooperation with Hamburg Airport. The €80m project includes parking and access roads, the strengthening of quay walls and terminal operations, also for the existing terminals at Altona and HafenCity.

The road intersection at the CC3 terminal will also be modified and equipped with traffic lights. In addition to land access it will be possible to reach the new terminal by ferry, and a  public jetty is being built in the eastern area of the terminal complex for this purpose.

The existing quay walls will be retrofitted with fenders, bollards and pile moorings to facilitate the largest cruise ships.